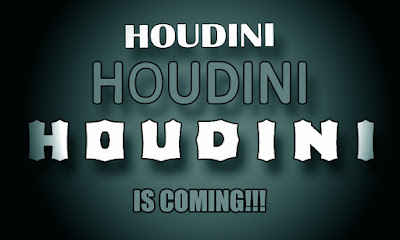 Today is October 1st, 2017 and this begins Houdini Month. During this month, I'll have quite a few new Houdini articles for the blog. I'll also be updating some older articles as well. AND, I'll be revealing some never before known information! The first big revelation will be later this week and it will concern Houdini's Jail Escapes. I'll also be doing some magic articles, and escape articles. I have an interview I did with Steve Baker, Mr. Escape, 15 years ago that I'm going to dig out and post. The entire interview has never appeared online or in print.

Later in the month, I'll be switching over to video, and doing some special editions of my old Magic Detective Youtube Show. And, well, there will likely be some surprises along the way as well. Keep watching, keep listening, it's going to be a lot of fun!!!