Episode 59 of The Magic Detective Podcast, begins with a feature of The Magic Genii. She is a hidden gem in the Bay area. She is a magician's assistant, a magic shop owner, a dancer, a choreographer, a gymnast, an acrobat, a magician, and many other things. She works with Majinga the Magician. I thought you'd like to see first hand who I was talking about. So enjoy these video images of Magic Genii doing what she does best, entertain!
Listen to what others in her industry have to say about her....

“Genii really is the epitome of a magic genie. She took a magic store and made it into a successful business which continues to thrive in today’s world where brick and mortar stores have fallen by the wayside. Not only has she taken a magic shop and turned it into a success but she has also parlayed it into an online business.

Her beauty and grace is abundantly clear and she has the ability to float across the stage during her performances. Genii is the consummate magicians assistant always there fitting into whatever prop she needs to squish herself into. Whether it’s costume changes, dance numbers, or magic tricks- she’s got you covered. Genii brings her joy of life to every performance.

Not only does she run a San Jose Magic Shop and perform, she also posts a radio show and podcast- Genii does it all. And she does it with a smile and her podcast is a go-to for most magicians as her interviews are a delight, and enlightening.

With so many years ahead of her I can’t wait to see what new things she will bring to the world of magic!

Next let's take a look at Genii in her own shop. Here she demonstrates a piece of magical apparatus. I have been in a lot of magic shops. You rarely see someone demonstrate Apparatus magic and do it well!
And here is another quote about Magic Genii.

"Genii presents magic with such grace and professionalism!  Thank you for being one of the few women in magic that loves and respects the art form!”  -Jade

Finally, watch Magic Genii assisting Majinga with a levitation. Watch how she gets onto the board, pure gracefulness! This is from their venue at the Improv, which they had for 7 consecutive years.

“Dear Genii, I just wanted to take a moment to congratulate you for your wonderful lifetime in magic.

I am in awe of everything you have done. Your skills onstage as a dancer- both in assisting as well as playing the role of the magician- are impressive. You move well on stage and have extreme grace and charisma.

You not only own a magic shop, but are a producer, director, guide and teacher to so many. What a great inspiration you must be to those who know you!

The magic world is in good hands with you and Majinga. I wish you continued success in your career, and wish you the best life can offer.

With Respect and Admiration,

One particular thing I found amazing about Genii is that she had her own podcast several years ago. In other words, she had a magic podcast before most of the current top magic podcasters. THAT is pretty impressive. From what I understand from Majinga, they are trying to get the podcasts moved over to a new hosting platform. The previous one has since gone defunct, as it were. But this is great news, because we will soon be getting a great deal of magic content to listen to.
Let me just add, Genii, Majinga, the Magique Bazaar, is a throwback to another time, an older way of performing magic. It is essentially historical in nature, yet theatrical in it's purity. So many people try to define magic as one thing or another, like magic has to fit inside a little box and it can ONLY be that, and nothing more. But magic is enormous. And many of todays artists, as wonderful as they are, have seemingly forgotten that magic is a theatrical art. Many have stripped away the theatrics in order to make it seem more real. That worked for a time. But things are turning again, in my opinion. The 'theatrics' might be a bit different, but it is what magic needs, THEATRE!
Magic Genii and Majinga keep the art of stage magic alive through their presentations. They are masters of apparatus magic. And again, this is another thing modern performers have left behind. Watch the videos, there are (700+) videos and you'll see they also carry on a tradition of multi-cast performances, something you rarely see today. In other words, there are more than 2 people on the stage. The Le Grand David show is the only other show I can think of that really captured this well. Blackstone Jr. back in the early 80s with his huge show, also had multiple people on stage. Its a different way of doing magic and a form of magic that I really wish there was more of. It's not for the weak of heart. But it sure does showcase magic in a grand manner. In much the way that Cesareo Pelaez's old world approach worked for LeGrand David, so it does with the Magique Bazaar. What is old is new again!!!! 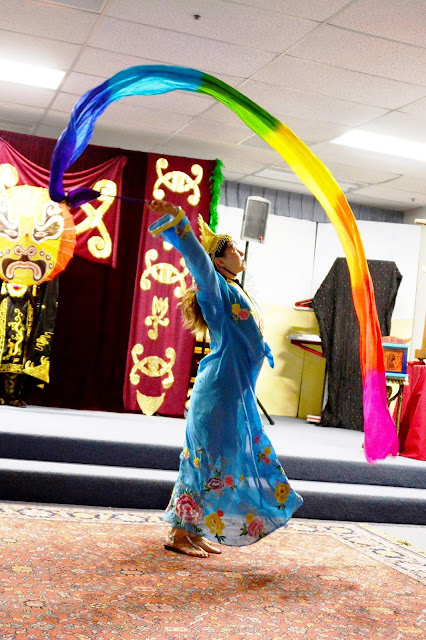