The Little Man of Nuremburg 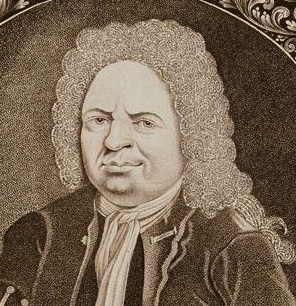 His name was Matthias Buchinger and he was born in 1674 in Anspach Germany. He became known as 'The Little Man of Nuremburg' and was very famous in his day. It's difficult to say what his specialty was as he was proficient in many things. For example, he was an accomplished artist. The self portrait  above was drawn by Buchinger.  He was an excellent marksman and was equally skilled with rifles and pistols. In the performing arts area he not only could play numerous instruments but it is said that he even created a number of unique instruments of his own design. Finally, the reason he is on my blog is that he was an accomplished conjurer.

Clearly a man of many talents and that would be impressive enough, but Matthias Buchinger, or Matthew as he was also known, was born without hands, legs, thighs or feet and was only about 26 inches tall.

To give you an example of his penmanship and his ability draw, look at the image above/below. The skill involved is actually quite deceptive because if you look at his wavy hair what you see from a distance is different as you get closer. Upon closer inspection, the wavy hair turns out to be the words of the Psalms and the Lord's Prayer, all hand written in different sizes and in various shapes to give the hair it's unique look.

Though rare, other individuals born with no hands have learned to paint and draw, but Buchinger  demonstrates a level of skill beyond even those of us with hands and arms. Matthew Buchinger was an accomplished conjurer and one of his most famous exhibitions was that of the Cups and Balls. It's reported that the balls vanished and appeared under the cups in the most astonishing manner. At the conclusion of his routine, the cups would be found to contain an ear of corn, an orange and a live bird.

I first encountered the story of Matthias Buchinger in the book, The Great Illusionists by Edwin Dawes in 1980. I still recall the puzzlement at viewing the illustration of the man without hands and legs and then reading about his life. Later the book, Learned Pigs and Fireproof Women by Ricky Jay gave a much more extensive biographical portrait of the man. Ricky Jay even talks about Buchinger in his show 'Ricky Jay and his 52 Assistants' during the Cups and Balls routine.

The story of the Little Man of Nuremburg is one that should inspire us all. A man born without arms, without legs and having to survive during the late 17th and early 18th Centuries. He had everything going against him. Life dealt him a terrible blow from the moment of his birth but he overcame every obstacle. And if all his accomplishments above aren't inspiration enough, Matthew Buchinger was married four times and fathered fourteen children! 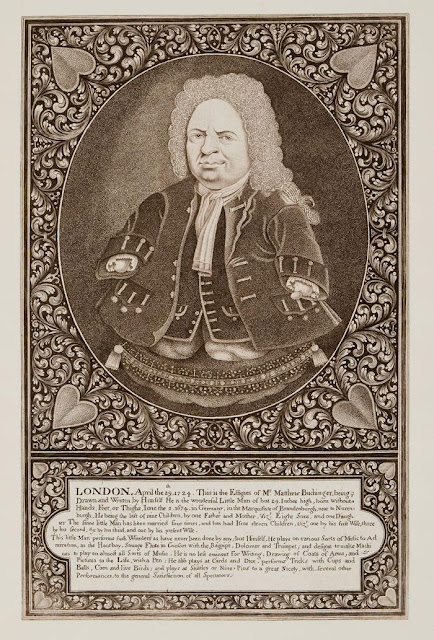 Email ThisBlogThis!Share to TwitterShare to FacebookShare to Pinterest
Labels: Buchinger