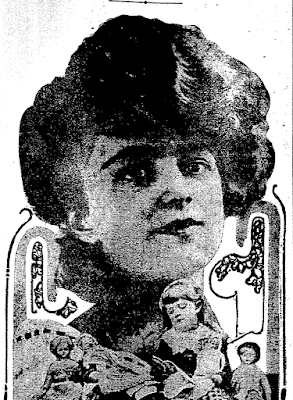 Podcast Episode 24 is about the life of Daisy White and it's an eye opening episode. I found some facts that have never been revealed to the magic community, as far as I can tell. Along the way I found two images of her that are quite amazing. The photo at the top of the page actually has two pictures of her. The larger one shows her at age 25, the smaller one on the right surrounded by dolls is her at age 5. 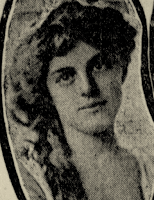 Here is an amazing photo of Daisy, again as Gertrude Nickerson, in the year 1903. She would have been 22 years old in this photo. It's a much clearer image than the one above. I wish I had found this before I posted the picture on the podcast, but oh well.

It appears much of her music career took place in and around the Boston area. This worked out well for her because her birthmother lived in the Boston area, even though they did not know each other at the time. If you listen to the podcast you can hear how they eventually discovered each other.

Just for some perspective, this photo to the right is a more well known photo of her and possibly one of the last surviving images of Daisy. She was 46 when this photo was taken and she is actually surrounded by a group of magicians and their wives. Frank Ducrot is standing behind her in the larger image. This was during the time that she had been working at Hornmann's Magic Shop and just shortly before all the Bess Houdini/Arthur Ford nonsense.

I felt so fortunate to find the three photos (top, bottom and upper left), that I'm hoping somewhere along the way to uncover more photos of Daisy. My guess is that theatrical magazines of the early 1900s may have better images of her in her 20s when she was working in musical theatre as Gertrude Nickerson.

Then the lower photo is her around 22 years of age. She was into musical theatre and performing under the name Gertrude Nickerson. Listen to the podcast for even more information about the life of Daisy White. There is an article on this blog about Daisy White, but much of that information has changed, and it's all updated in the podcast. 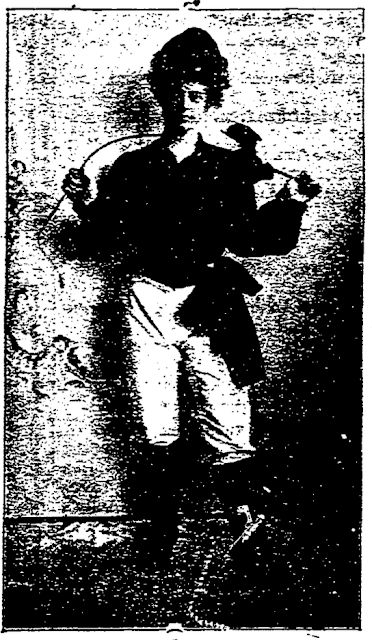