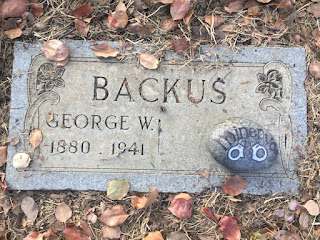 Minerva was a female escape artist who performed the same time as Houdini. I covered a bit of her story here on the blog and  also on Episode 26 of my podcast. One of the things I uncovered on the podcast was the face she was married 5 different times. Her fifth marriage only lasted a few weeks as she died. As it turned out, she was then buried with her 4th husband George Backus who died before she did. The unfortunate thing is, the grave marker for George Backus is there, but the blank area for Minerva is blank, never having been carved in. Probably because she went and married someone else. But fore whatever reason, she is buried with husband #4. Above is Minerva's grave along with a small memento, which likely will not be there very long. Both the memento and the photos were provided by Michale Stroud. 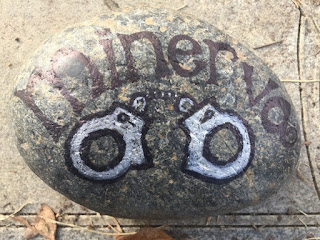 Email ThisBlogThis!Share to TwitterShare to FacebookShare to Pinterest
Labels: Minerva