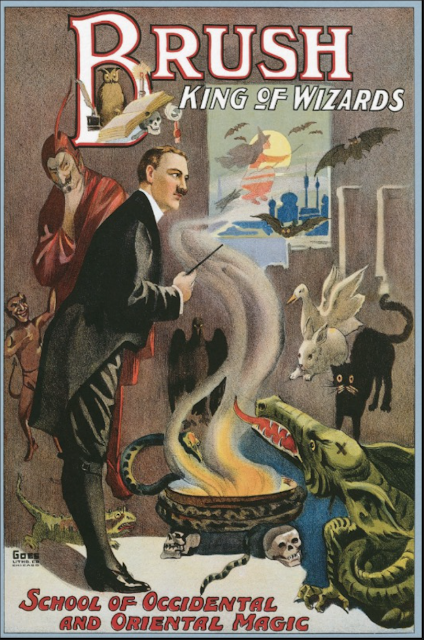 I'm so happy to be able to include Edwin Brush in my podcast roster. I knew very little of his life before I started and he has turned out to be a fascinating individual. He was born Edward M. Brush on March 21st 1873 in Garden Prairie Illinois. He grew up on a farm so unlike many kids who were in the city, he had no way of seeing magicians. His first exposure to magic came from a neighbor kid who showed him some small pocket magic tricks. Brush was amazed and began to learn some pocket magic himself.

When he was 16, Alexander Herrmann came to town. Herrmann was really King of the Magicians at the time. Not only was he famous in the U.S. but he was famous all over the globe. Herrmann had a wonderful personality, was known to be quite funny, and an excellent sleight of hand artist. Brush took in all that he saw and decided on that day that he would one day become a full time magician.

Brush was smart, first he went to college to learn business and then he came out and got a real job working for a clothing manufacturer. He used magic as a sales tool to loosen people up, break the ice as it where. But the pocket tricks also had another effect, people saw that Brush was a fine magician and began to request if he could work at their events. Brush was well on his way to becoming a full time magician. 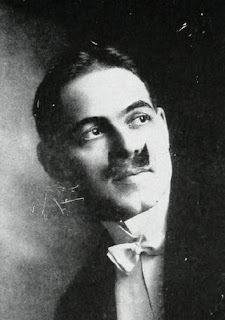 I cover the life of Brush quite well in podcast 17 of the Magic Detective Podcast, but I wanted to share one more thing with you and that is a photo of Brush's iconic mustache. It is clearly NOT growing that way on it's own. He must have had a ton of wax on that thing to keep it down

What possessed him to think that mustache looked good is beyond me? But then again, it was a great marketing too because once people saw it, they could not UNSEE it, lol.

Strangely, Brush continued to sport the crazy mustache through out his entire life. Even in his 80s and 90s he still have the wild mustache, though he did cut it back slightly.

Besides his mustache, Brush has a very positive career in the world of magic. After looking at some of the comments by his fellow magicians, I see that Brush was very well respected by his peers.

If you'd like to learn more about the magical life of Edwin Brush, please check out my latest podcast at  https://magicdetectivepodcast.com/e/ep-17-the-magical-life-of-brush-the-great/ 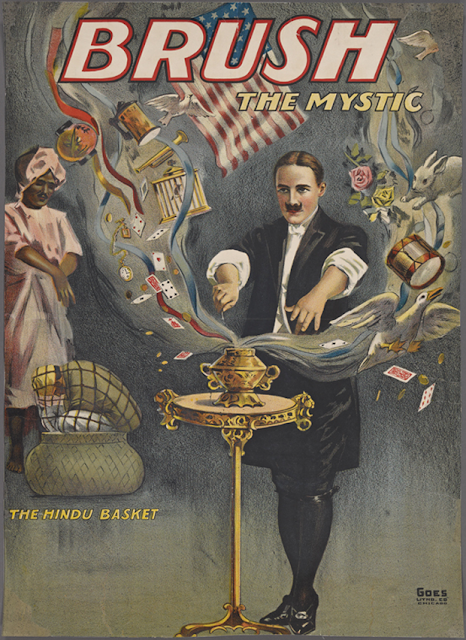