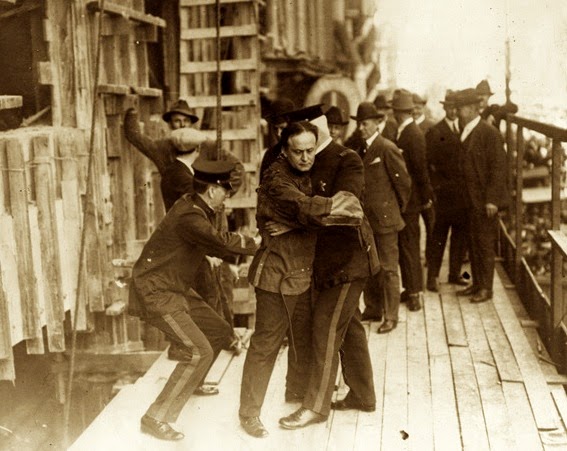 I don't recall seeing this photo before, though maybe some of you have. I know where it's from and I do have an additional photo to go with it. Just wondering if anyone else can identify it? I did so poorly on my first attempt trying to stump you all. If you have an idea, put it in the comments below.
NO USING GOOGLE to FIND IT!!!!!!!

The above photo comes from Oakland California. The site is the Tribune Tower which was still under construction at the time. The year was 1923 and Houdini hung from the unfinished 9th story of the building. 40 years later another escape artist would duplicate the same escape from this same location effectively beginning his career in escapes. 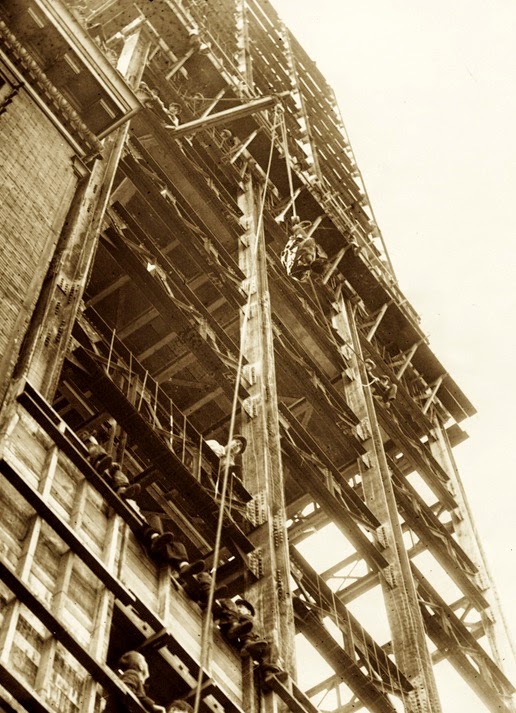