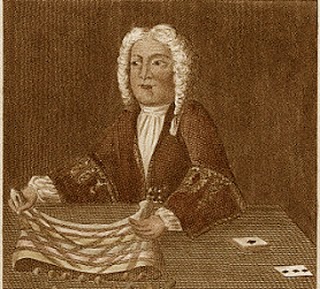 Magicians are quite familiar with the effect known as The Egg Bag. Most magicians today know the Malini Egg bag, made popular by Max Malini, Charlie Miller and Johnny Thompson. There are other egg bags all of which bring about the same results with only a slight modification in method. But there is an egg bag lost to time which seems to rear it's head every hundred years or so. THE BIG EGG BAG or what I'd like to call The Fawkes Egg Bag.

Sir Isaac Fawkes was a 18th Century Magician from England. I wrote about him once before on this blog, the article can be found here.

The highlight of his act, or the centerpiece of his act was a large egg bag routine. The modern day egg bag is made from 2 squares of fabric about 8 inches by 8 inches sewn on three sides. The bag that Fawkes used was much larger. The modern day bag produces and vanishes a single egg. The Fawkes bag was more involved. Here is a description of his bag routine from The Annals of Conjuring by Sidney W. Clarke.

"He takes an empty bag, lays it upon the table and turns it several times inside out, then commands 100 Eggs out of it, and several showers  of real Gold and silver coins, then the bag begins to swell, several sorts of wild fowl run out of it upon the table."


THAT is a killer piece of magic! The Malini Bag can't do that!!! The Malini bag which is the modern version, is also a stage or platform trick. By all accounts, Fawkes might have been doing this platform or possibly close-up. I'm sure other magicians copied the Fawkes Bag routine and overtime it fell out of fashion. The Fawkes Bag is revealed in the book HOCUS POCUS The Whole Art of Legerdermain by H.Dean 1727. Oddly, the method described only shows producing less than a dozen eggs, so either Fawkes version was different, or he exaggerated a little in his advertisements.


In 1786, David Leendert Bamberg was born. He was the third in the line of the Bamberg Magical Dynasty. According to Harlan Tarbell in Tarbell #5 pg 345, it was David Leendert Bamberg who invented the large type of egg bag.  As Bamberg was born 50 years after Fawkes had died, I'd say that he either 'reinvented' an old favorite with a slightly new way of performing the effect. His son, David Tobias Bamberg also used the large egg bag to great effect in his shows. David Tobias Bamberg was known as Papa Bamberg and was the father of OKITO, Theodore Bamberg.

The Bamberg Egg Bag can be found in Tarbell #5. The method is interesting and after producing 15 eggs it is then followed with the production of a chicken.

Del Adelphia, known as the Cowboy Magician, also performed the large egg bag in the late 1800s. His routine is described in the new book by Mike Caveney called The Conference Illusions, which is book 2 of a set called Mike Caveney Wonders. Del Adelphia was using the Bamberg Bag. The difference in his routine he apparently only produced 8 eggs and then 2 live chickens.  Mike Caveney set about to recreate the effect developed by Del Adelphia but Mike's methodology was quite different from what Del used.

I have always been intrigued with this 'large egg bag' premise. Ever since I first saw the images of Sir Isaac Fawkes in an old magic book, I have wanted to perform this piece. The Tarbell Course kept my interest cooking and then in 2010, I saw Mike Caveney present his version LIVE on the Essential Magic Conference. I say LIVE because I watched the streaming version online before it came out on DVD. IT was indeed fantastic and in addition, I was fooled by the routine.

Well, fast forward to 2014. I am now working on a version of the Large Egg Bag. Mine will hopefully have elements of the all the different versions and with any luck a completely different ending. Below is a photo of the Fawkes Bag created by a master seamstress, my MOM! She has sewn a number of things for me that are all amazing pieces. I'm hoping this particular creation lives up to the skill and artistry she used in making this incredible bag. MY version of the Fawkes Egg Bag will appear in an upcoming episode of The Magic Detective Youtube Show. 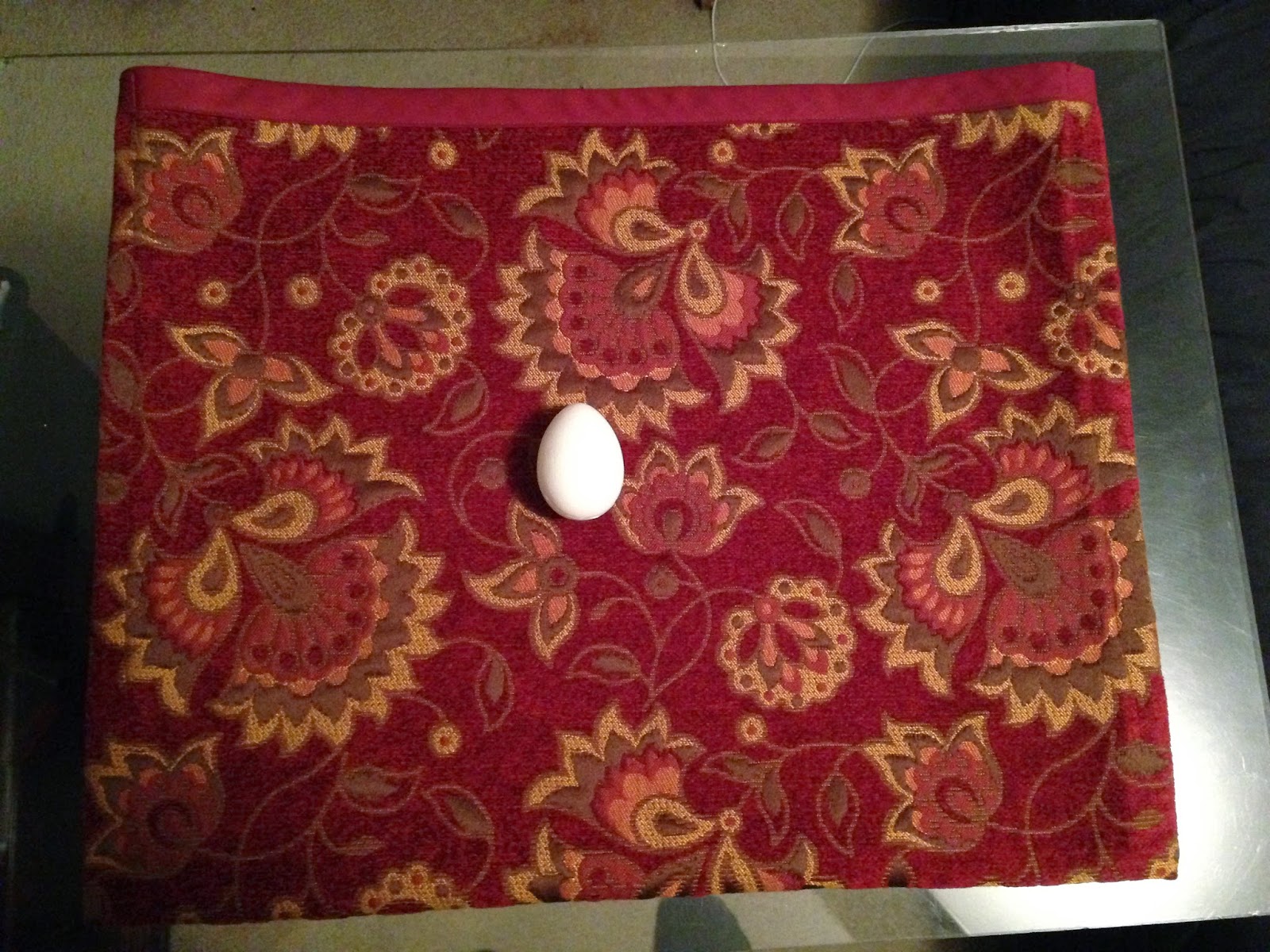