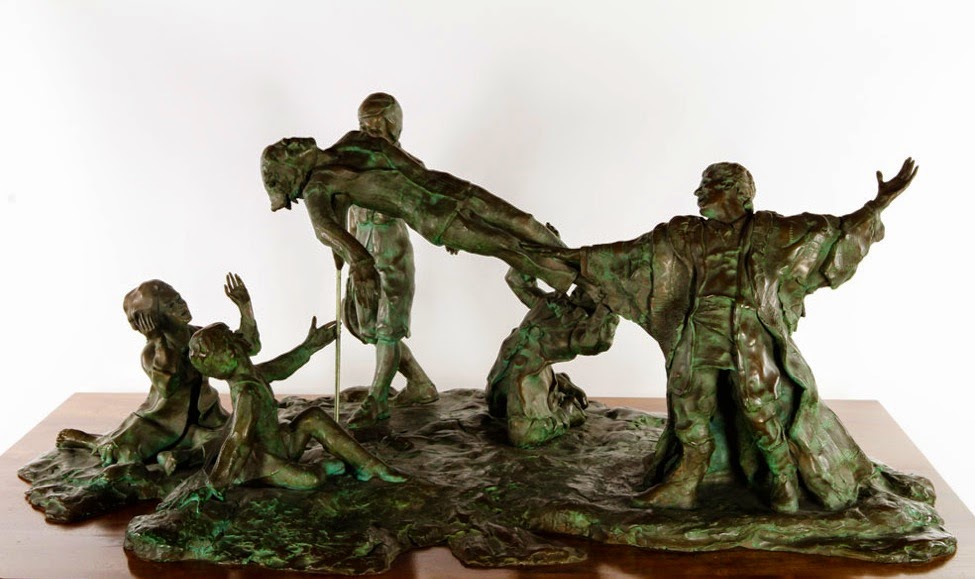 Just a few months ago the historic auction of Le Grand David Magic items was held at their theatre in Beverly Mass. Among the items for sale was the Broom Suspension Bronze created in 1984 by David F. Bull, father of David Bull who portrayed the character Le Grand David in the show. The bronze depicts an actual scene from the show of Marco the Magi levitating David on a broom surrounded by other cast members.

This bronze sold at auction for $8,000.00. Well now the bronze is back on the auction block and the price has gone up, a lot. The asking price is $75,000.00 or best offer. I can tell you in my opinion the $8,000 was pretty low so the person who purchased it got a bargain. As for the $75,000 price, that is up to the person who wants it. This piece is much more than a magic collectable, this is real art and real art carries these type of prices.

There are actually three of these, but only one is being offered for sale. Of the two remaining, one is in the Ray Goulet Magic Museum and the other is in the American Museum of Magic in Marshall Michigan.

The link to the ebay auction is here http://www.ebay.com/itm/Monumental-Magic-Bronze-Iconic-Le-Grand-David-Rare-Subject-Shows-Action-/321525251223?pt=Art_Sculpture&hash=item4adc65fc97