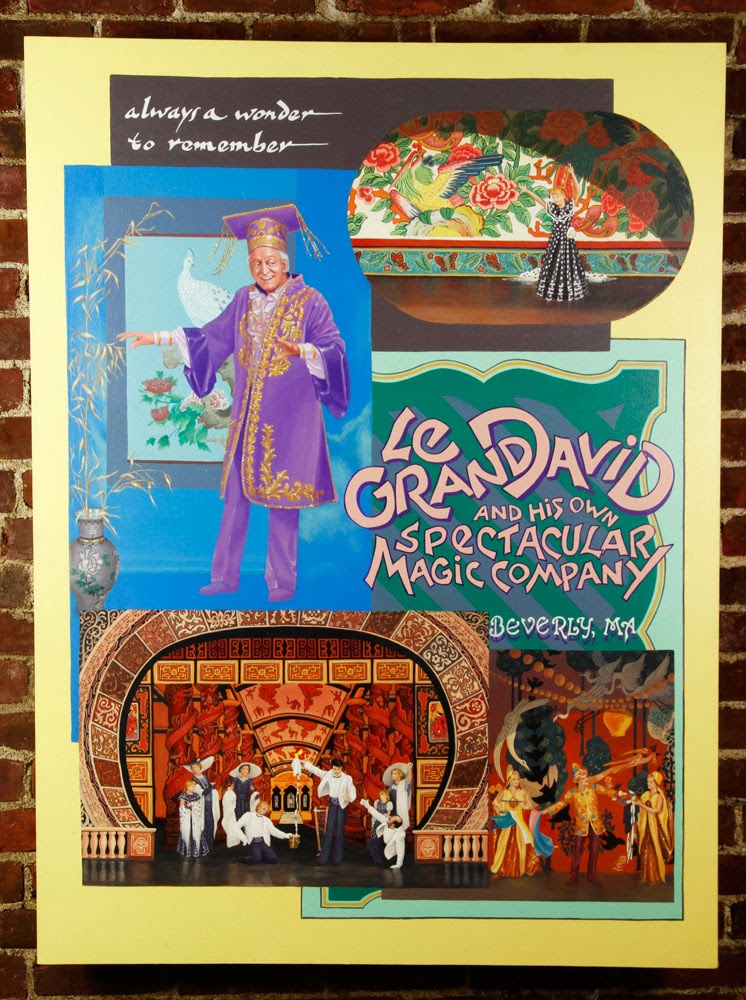 Well, it finished. I'm not even sure what to say. Some prices so low it wasn't funny. Some soared. I picked up several things, but missed out on some really special pieces. I thought I'd show you the incredible sculptures that were part of the auction. 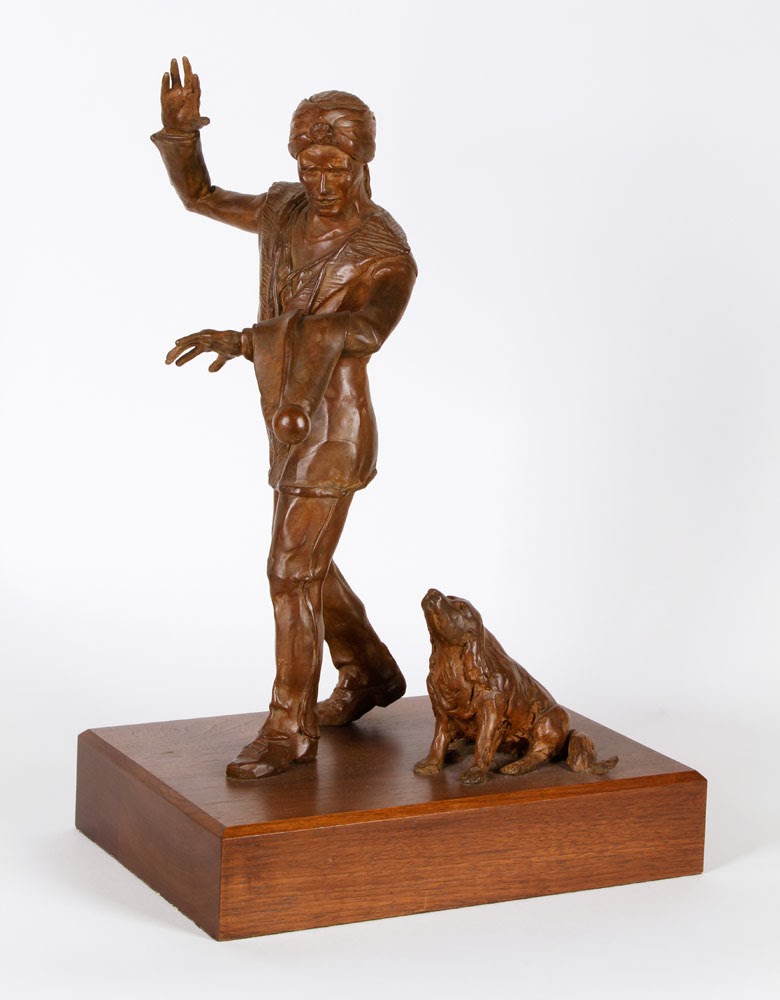 Here is an incredible bronze piece of David Bull, created by his father David F. Bull. It shows LeGrand David presenting the Zombie Ball which he was a master of. I believe the dog there is Blackie, who was an ever present feature at the theatre for many years.

All of the bronze sculptures were created by David F. Bull. I should have said the father of LeGrand David, and also of Webster Bull, who was in the show for many years as well.

This piece sold for $1000 I believe, which was below the auction estimates. 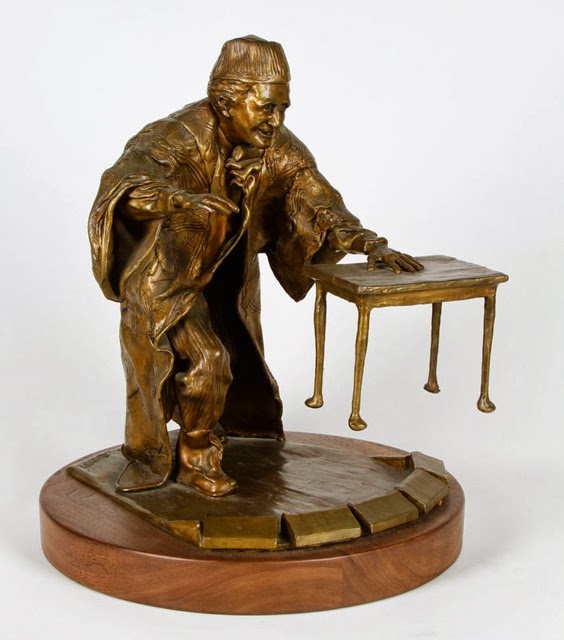 
This next piece is massive and I believe it's one of three. There were two others, one is in the 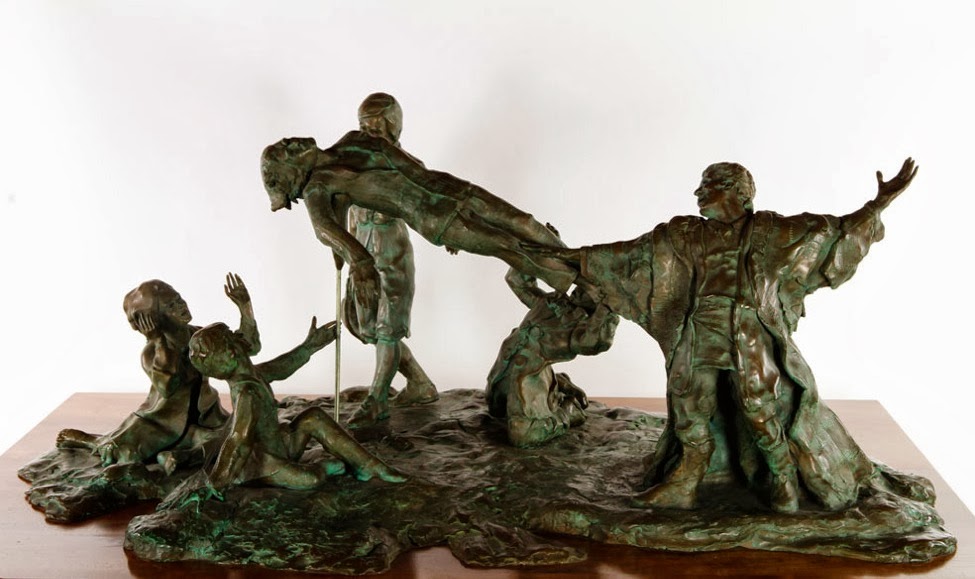 collection of Ray Goulet's Magic Museum and the other one is in the American Museum of Magic. This piece sadly sold well below the estimated auction price. It went for $8000.

It depicts the floating of LeGrand David on the broom in the show by Marco the Magi. It is the moment when David becomes LeGrand David. It's an interesting routine because it has it's origins in Richiardi's original version of the broom suspension. 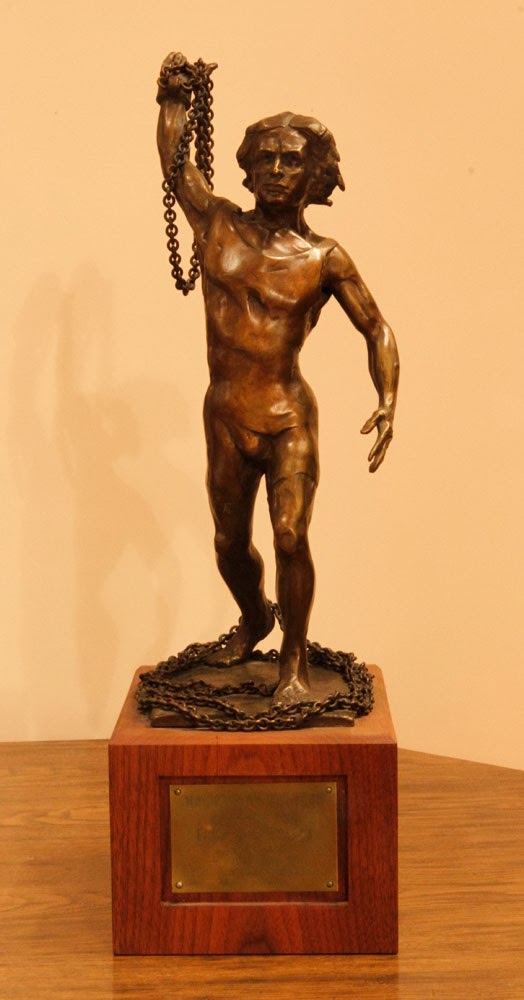 This final piece was also created by David F. Bull but it was a trophy, presented to Cesareo by the SAM Parent Assembly #1 in NYC. And this time it does not depict a member of the LGD company but rather the great escape artist and past president of the SAM, Harry Houdini. It's very rare, I think there are only a couple of these. I think it went for $1000.


Here is the curtain/backdrop I won (below). The Peacock Feather Curtain. It's stunning. I remember the first time I saw it, I was awe struck. I am so looking forward to having this as part of my show in the near future.

By the way, just because their show is over, doesn't mean it's the end. I'll be writing more articles about them in the near future. I will continue to carry the LGD torch far into the future. 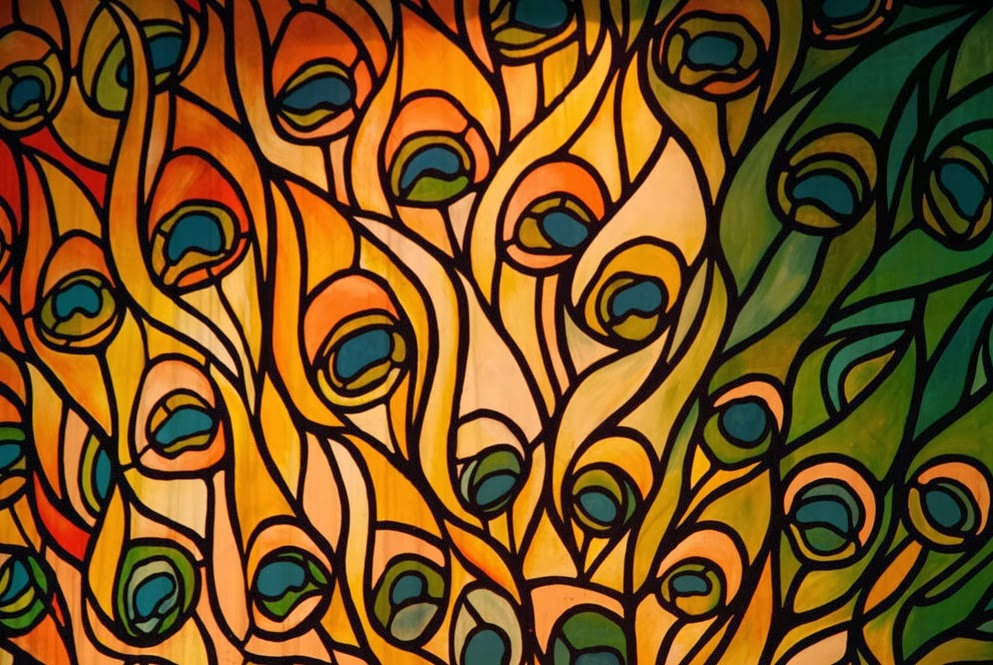