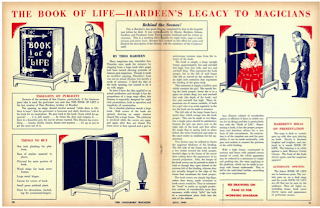 Hardeen, brother of Houdini. I was unaware that Hardeen was the creator of The Book of Life Illusion. This came as quite a surprise to me actually. I found it in The New Conjurers Magazine Vol 1. Number 6, which is an issue devoted to Hardeen. There is a big two page spread on the Book of Life Illusion by Hardeen. Apparently he got the inspiration from seeing Thurston walk through a giant book to be introduced. However, Thurston's was not an illusion but just a unique way of introducing the magician.

Hardeen wanted to turn the idea into something magical so he devised a Giant Book that would open so that you could see nothing inside. The front and back covers would be closed and instantly a person would magically appear! I will state for the record it's a beautiful effect and it works like a charm. I know because I own the one that once belonged to Harry Blackstone Jr.! I used to use it at the Underground Magic Theatre all the time and it never failed to astound. 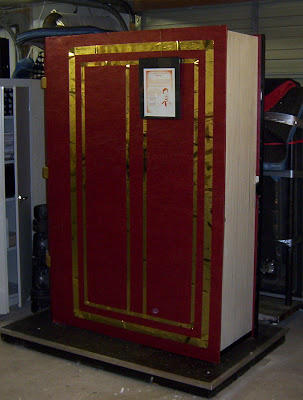