The Cabot - A True Theatre of Magic 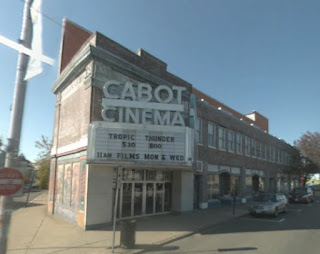 Fu Manchu/David Bamberg had a dream. His dream was to create a resident magic company (show) in Argentina. Unfortunately, that dream never happened. But somehow, that dream was passed to a young boy who was inspired by FuManchu, that boy was Cesareo Pelaez. He would grow up to be the founder and director of the Le Grand David Magic Spectacular in Beverly Massachusetts.  But before there was a show, the ragtag group of future performers purchased a run down theatre known as the Cabot Street Cinema Theatre.

The theatre was originally known as The Ware Theatre and it was designed to be a silent movie and vaudeville house.  It opened on December 8, 1920 and was managed by Harris and Glover Ware, two brothers and former vaudeville performers from Marblehead Mass. This was their second theatre in Beverly Mass, the first was the smaller Larcom Theatre a few blocks away. Today it's known as the Cabot St. Cinema Theatre and it has spacious seating on the lower level and has upper balcony seating as well, a total of 750 seats in the auditorium. The stage is enormous with plenty of wing and fly space for curtains. The dressing rooms are in the basement below the stage. The original stage included an orchestra pit for musicians. 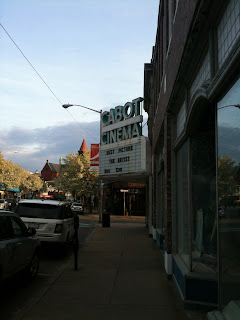 The members of what would become the Le Grand David Magic Show purchased the run down Cabot Theatre in 1976. The first thing they did upon being able to occupy the building was do a floor to ceiling cleaning of the place. They reopened the theatre 48 hours later showing movies. However, they didn't show movies the current run movies. Their idea was to show 'Films Worth Seeing More Than Once'. The movies were selected by Cesareo and included such gems as Lawrence of Arabia, Camelot, It Happened One Night, Yankee Doodle Dandy and other classics. The theatre lobby always had fresh cut flowers and the doormen wore tuxedos (they still do today). Often members of the company dressed up in costumes that reflected the movie that was showing. Every movie became an 'event'.  If that wasn't enough for new audiences to enjoy, they would have been amazed to know the flurry of activity taking place after hours and often into the wee hours of the morning.

For six months they worked building illusions, magic props, painting scenery, sewing costumes and redecorating and restoring the theatre. Once the items were built, then they had to rehearse. All this took place after the regular movie showing hours.

The Cabot St. Cinema Theatre also has several store fronts and a second story above the store fronts. The entire building is owned by White Horse Productions, which is the actual business name for the Le Grand David troupe. The storefronts serve as offices and storage/display areas. The rooms on the second level include a painting room and a sewing room where most of their wonderful costumes were created over the life of the show.

The LeGrand David show ran for 35 consecutive years. Over the years they had a number of milestones, one of which was purchasing a second theatre, the Larcom. The Larcom theatre was the first theatre built by the Ware Brothers and now both theatres are again owned and managed by the same company. The Larcom is a smaller theatre and the restoration to that property is quite amazing. It is truly a treasure all its own. 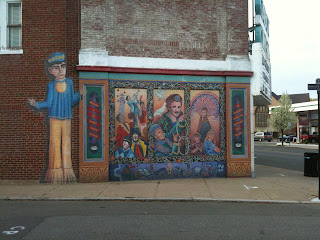 These two theatres were home to the LeGrand David troupe. However, they did venture out on several occasions to perform elsewhere. They performed at the White House in Washington D.C. on numerous occasions at the invitation of President Reagan. I believe they did an abbreviated version of their show at the Magic Castle at some point. And there may have been one or two other 'off location' showcases that they took part in. But the bulk of their work, thousands of performances, took place in Beverly Massachusetts.