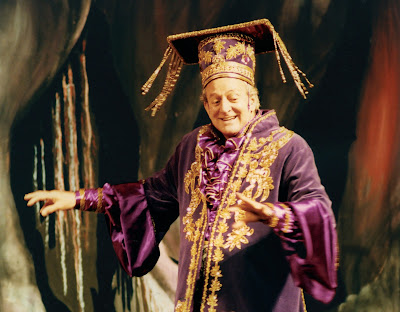 David Bull, the lead performer of Le Grand David and his own Spectacular Magic Company Show, mentioned on his Facebook page that today, May 27th, 2012 was the last performance of their grand show. It's been 10 years since that show closed it's curtains. And it had an incredible 35 year run. 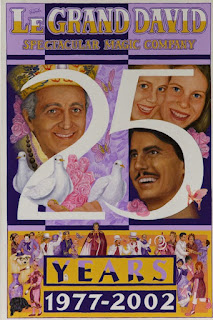 The brainchild of Cesareo Pelaez, he along with a dozen or so fellow artists/performers, created a one of a kind spectacle of magic and variety arts. They purchased their own theater, The Cabot Cinema Theatre in Beverly Mass, and began work on their multi-cast production. They built their own props, painted their own scenery, sewed their own costumes.....and it didn't look like a poorman's DIY project. It looked Broadway caliber. Look at the poster to the right. This original painting is now in my collection, I see it daily. It captures the joy and the enthusiasm of the show and the cast. You'll never find any devils or demons on their posters. What you'll find is beauty and magic and love in all the designs.

IF you were blessed to see the show, you know how tremendous it was. It was sort of a throwback to the old days of magic, but yet it was it's own thing. A unique take on magic that embraced variety, comedy, spectacle, showmanship and more. Imagine a 2 hour magic show with very little talking. Yet, that is exactly what they created.

I miss that show greatly. But I miss the people more. The photo below is officially ten years old now, because it was the last time I would see the wonderful LGD Show and the last time inside their amazing theatre. I still miss them 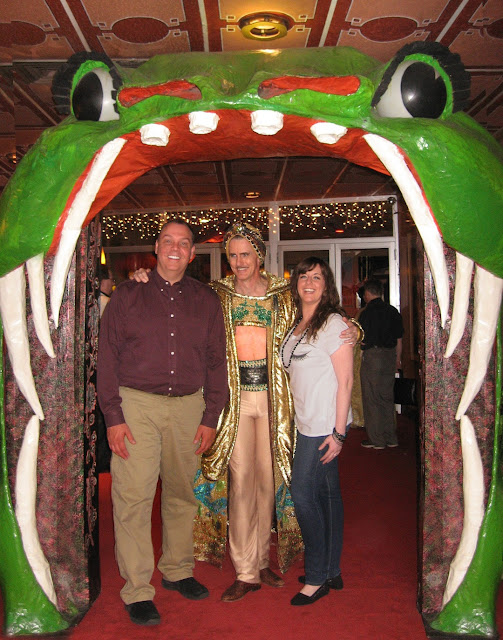