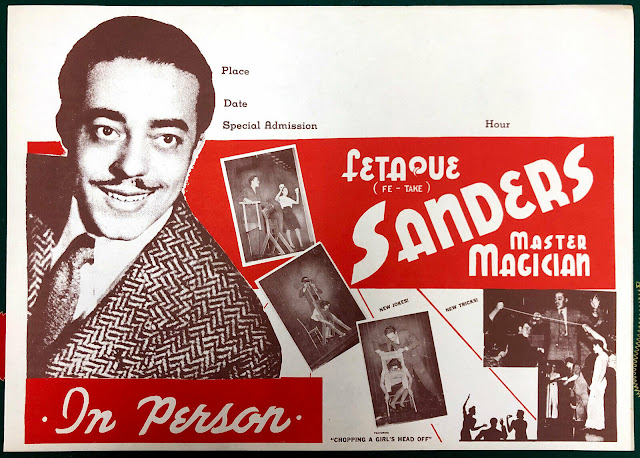 The most recent podcast, Ep 54, was on Fetaque Sanders. In the course of the podcast I mentioned the fact that one of the reasons we know about him is because of what he left behind, posters! He spent a lot of money on advertising his show and it paid off in his life time.

In fact, in later years, he even sold a packet of his advertising materials through the Linking Ring Magazine. Valuable for both collectors and for those who wanted to study what a real pro used to advertise his show.

Every once in a while one of his posters comes up on ebay. My favorite of the Fetaque Sanders posters is the one with the two sets of eyes. This was a common marketing trick among the magicians in the 40-50s. They would put up posters with his face looking normal and then a couple days before showtime, replace this posters with an exact copy, except below his eyes on the poster was a second set of eyeballs. It made you stare at the poster and wonder if something wasn't wrong with your own eyes! Genuis.

This poster below is currently available on ebay.  https://www.ebay.com/itm/Original-Fetaque-Sanders-Magician-Poster/372411155808?hash=item56b56f4560:g:aEgAAOSw51xepfcm 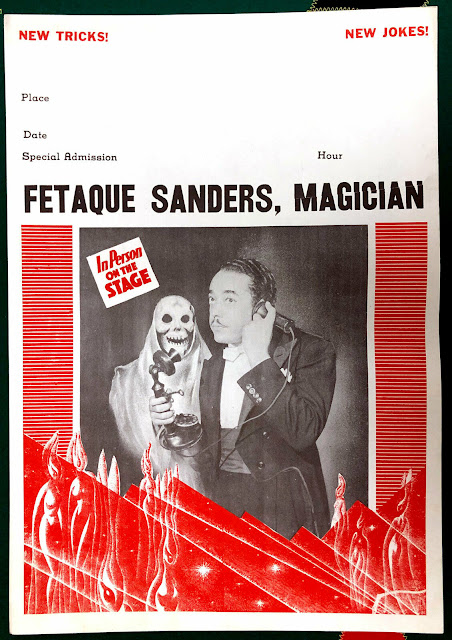