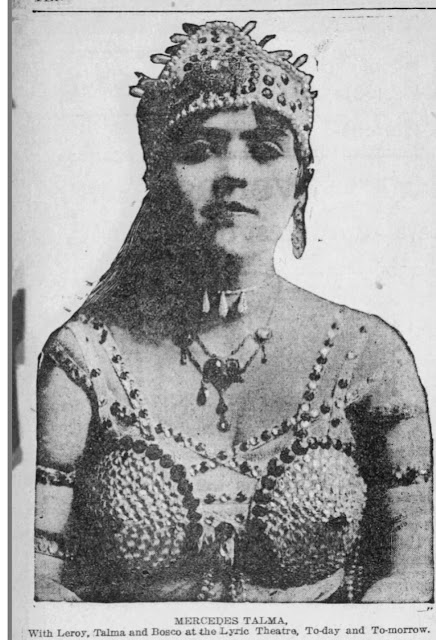 In a few days, I'll be posting Ep 28 of the podcast about the life of Mercedes Talma. But I wanted to feature some photos that I found of her. When she was appearing in the Monarchs of Magic with her husband and with Bosco, she often found her photo included with the write-up. The above image is quite provocative for the time. I believe this is the costume she wore for the NERO routine, where she changed from woman to a LION! 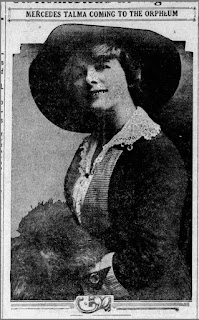 This next image is just adorable. Mercedes Talma was without a doubt a photogenic woman, the camera loved her. And she apparently had quite a number of promotional photos taken during her career. There are of course her typical photos holding coins which were featured during her initial Queen of Coins days.

But later, she would have more elegant images, like the one to the right. And on occasion more alluring images like the one above.

I think one of my favorite images of Mercedes Talma is the last one below.  She was beautiful, there is no question about that. But she was also highly skilled, as many reviews made a point of mentioning her skills with coins. And you know she had to be an excellent 'box jumper' for the simple reason that it is never mentioned. I'm not joking. Her performance were no doubt flawless and so stunned audiences that the skill she needed to present each of these various effects was hidden by the audience. Rather she made them look like real magic. 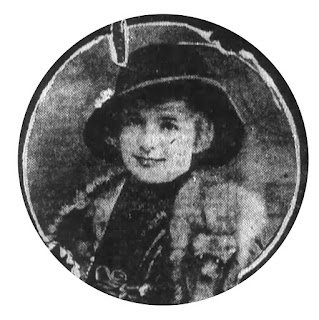