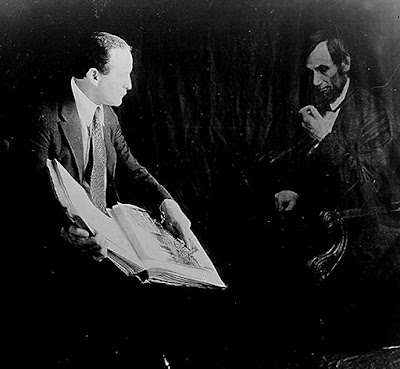 The photo was created by Houdini as an example of Spirit Photography. He wanted to show how easily such a process was faked. There are numerous versions of this photo, and I found a very interesting one that is stored at the Abraham Lincoln Presidential Library and Museum. You can see the photo and a handwritten letter of Houdini's here: http://alplm.tumblr.com/post/40018587432/houdini

That is as 'political' as I will get. Sorry, I don't discuss politics as a rule.