While recently reading Dorothy Young's booklet about her time with the Houdini Show, I stumbled upon a name that did not ring a bell. In fact, when I looked him up in the Silverman book and the Kalush book on Houdini, neither of them mention this person. I eventually found a small mention of him in Houdini The Untold Story by Milbourne Christopher. Then another mention in Pat Culliton's great book Houdini: The Key. In fact, it was a piece in Pat's book that tipped off another bit of info that I'll cover here too.

The man's name is L. Lawrence Weber.  He was born in 1869 in NYC, New York. According to Wikipedia he was an American Sports Promoter, stage show producer, and theater manager. In 1915, he was involved in the founding of Metro Pictures, which years later would morph into Metro-Goldwyn-Mayer.

He seems to have been involved in both early motion pictures and theatrical stage shows. Then in 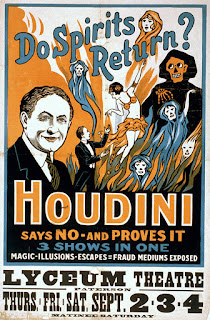 1925, he went into a partnership with Houdini. Weber would be the producer/promoter for the BIG 3-1 Show.  The Christopher book mentions that Houdini was in meetings with Weber almost daily. They had a tour to figure out, new promotional materials to design and approve, and a show to put together, a very big show.
The new Houdini theatre show, sometimes known as the 3 Shows in One Show,  opened August 1925 at the Maryland Theatre.  In The Untold Story, Milbourne Christopher says the show opened at the Maryland Theatre in Baltimore. This had me very excited. I was able to track down the location of that theatre and some photos. Unfortunately, The Maryland Theatre in Baltimore is long gone. AND, it turns out it's also the incorrect theatre! Christopher got that part wrong.

In the article printed in Houdini: The Key it says, "Opening the show last night, Houdini referred to Cumberland as marking an important epoch in his life and said that if he ever wrote an autobiography of his life, he would devote a chapter to his experiences in Cumberland inaugurating a new phase of his career as a public entertainer." In the same article on page 398, it goes on to say, that L. Lawrence Weber sent a note to Houdini following his opening at the Maryland Theatre which read, "Hope that today in Cumberland was but the dawn of a long and happy partnership between us and that future years will bring you new and greater honors which you so honestly deserve." 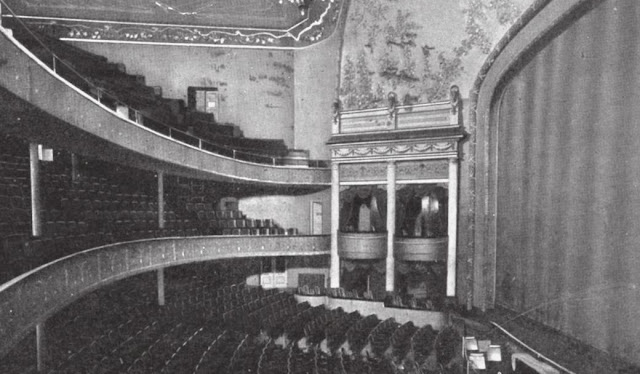 Here is an image of the theatre where Houdini began his big touring show in August 1925! Houdini's  big time theatrical debut took place right there on that stage. No more Vaudeville for Houdini.

*Please check out the comments below as John Cox/WildaboutHoudini.com had found out some information on L. Lawrence Weber that I missed. It adds another dimension into the Houdini/Weber relationship!
Posted by Carnegie