Tony Pastor was a theatre owner who helped to usher in the age of Vaudeville in America. In fact, he is known as the Father of Vaudeville. His theatre, just down the street from Hubers Dime Museum was located on 14th Street. It was actually in the very building that once housed Tammany Hall.
Houdini worked at Tony Pastors very briefly in January of 1895. They were excited about the opportunity as it was a step up from the Dime Museums. The Houdinis, Harry and Bess, worked at Tony Pastor's for a week. According to the Kenneth Silverman biography on Houdini, they received the following 'glowing' endorsement from Mr. Pastor, "The Houdinis act as performed here I found satisfactory and interesting." I guess they should be happy they didn't stink up the place, lol.

Below is a photo showing the Tammany Hall building. If you look closely you'll see a theatre sign for the Olympic Theatre. This is the spot that Tony Pastor would lease for his 14th Street Theatre. This image is actually from AFTER Pastors was in that spot, but I wanted you to see the whole building. I believe the first theatre in that spot was the Germania theatre, and then Pastors and then the Olympic. Also, take a look at the building on the left hand side. This is an important building in the history of magic as well. This was the old Academy of Music building, the third Opera House in NYC. Many an old time magician performed there prior to Vaudeville. 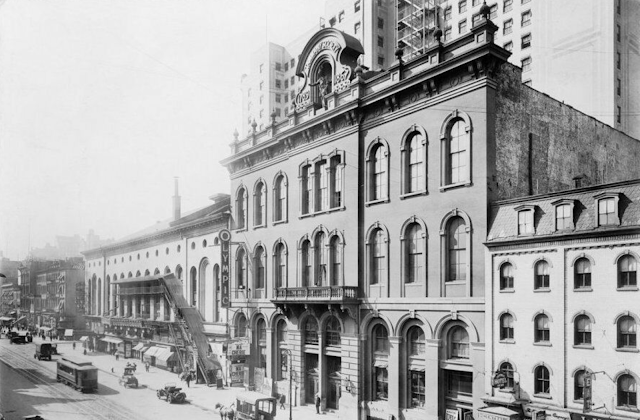 Now below, you can see the same spot occupied by Tony Pastors Theatre. The Houdini's actually performed at Tony Pastors more than once. Also of note, Tony Pastors is shown in the Tony Curtis HOUDINI Movie. 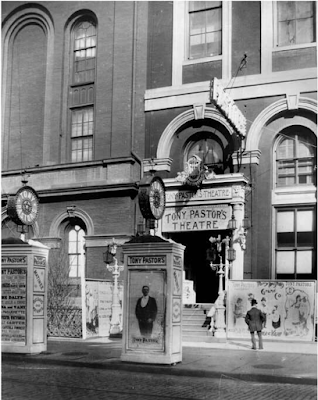 Sadly, the Father of Vaudeville fell prey to the circuits that would open, Keiths and others. It was very difficult for him to compete. I was not aware at first, but Tony Pastor sang in his theatre at every show for years. He died August 26th, 1908 and the theatre was closed at that point.
The building was torn down in 1927. Today that space is the location of the Consolidated Edison Building. 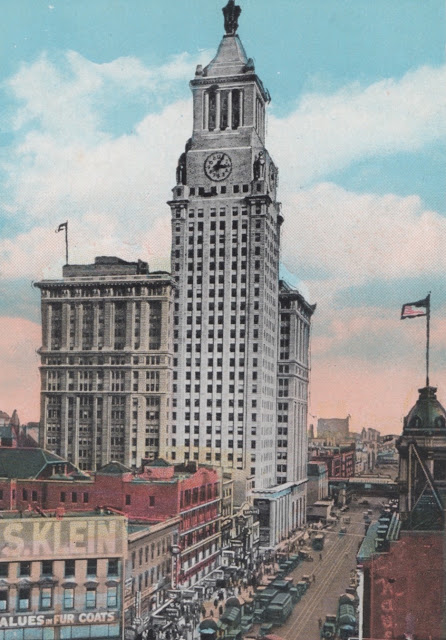