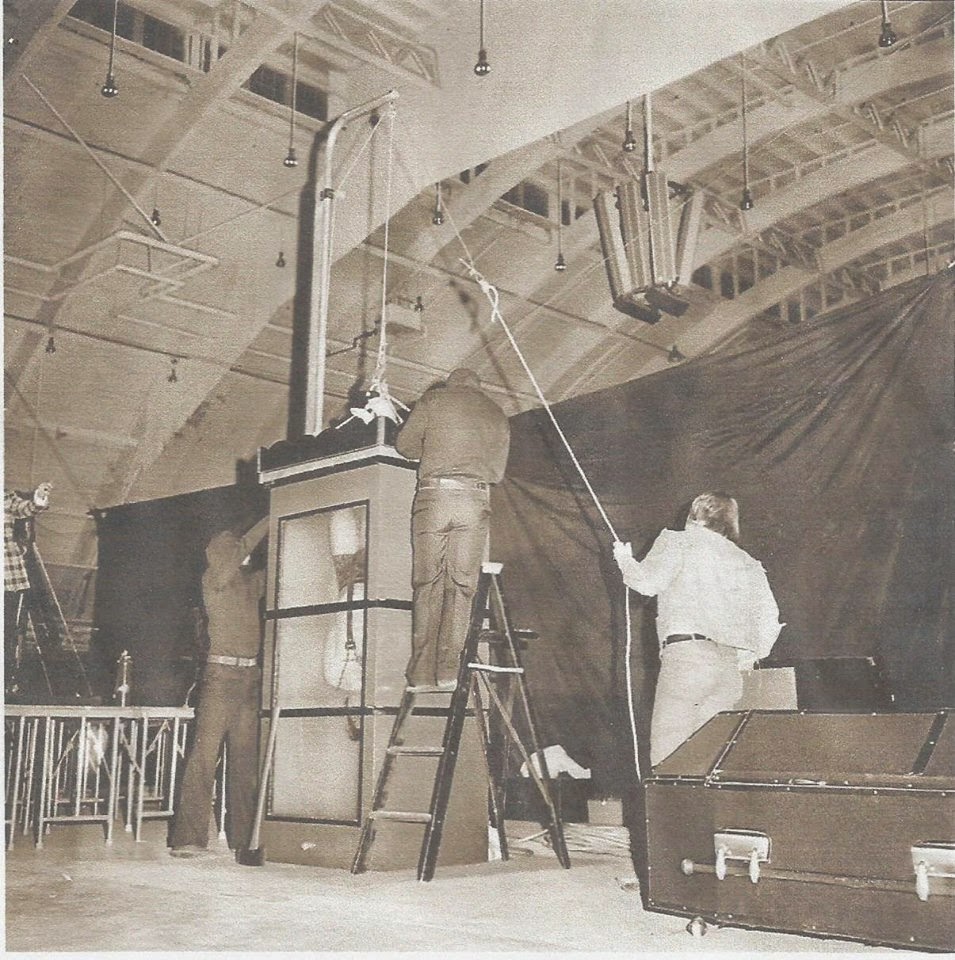 Norman Bigelow is an interesting fellow. He is an escape artist of the highest order. He is a Houdini devotee. He is a psychic investigator and in fact he has spent a great deal of time of late exposing and researching modern day mediums and fake spiritualist con artists. I also want to add, above all these things Norman Bigelow is a Patriot! Follow him on Facebook and you'll understand why I say that.
By the way, Norm's Birthday is Aug12th, and if you haven't done so, be sure to wish him a Happy Birthday as well!!!

The Bigelow Cell has two bands around the center, no doubt for stability and also protection in case the glass needs to be broken to save his life. The bands would stop him from hitting any glass that might remain in the frame. Houdini used an inner cage on his Cell as a precautionary measure for the same reason.

One thing you have to know about Norman, he was the first escape artist to introduce the 'full-view' 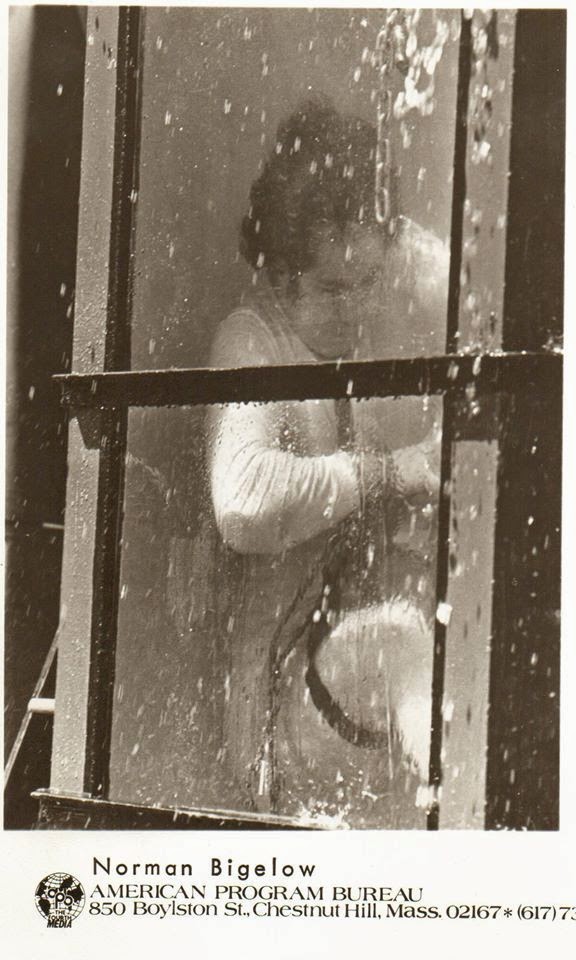 picking technique. No hiding behind curtains for Norm. He does everything out in the open. For his Water Torture Cell, he is put into a leather harness, chained and locked and then dropped head first into his 360 Gallon tank of water.

Through sheer will and ability he stays underwater, in full view, and escapes from the locks, chains and harness before getting out of the cell itself.

Now, in his own words, Norman Bigelow describes his Water Torture Cell.
"I built my first one before I was twenty out of hard wood and glass but the glass blew out from the pressure. I was on top getting ready to get in. So Philip Moore of Vermont built me a steel tank. I had the lowering rig built in my home town so it was all self contained and I need no stage rigging to lower me..

At first I had an open top and my legs were in loops and chained. I was in a Trudel harness called the Spider Web Escape. Later we made the top solid and it opened like a bulk head door. Some one would lock the stocks with a padlock inside and then the top was lowered and locked from the out side. So I was always able to do it full view.

I could escape the harness and then get up to the lock between my legs. Later on I replaced the Water Cell for the Gas Chamber escape and avoided needed all that water and weight on a stage. One over looked problem a lot is sneezing. If you sneeze all locked in you could die."

Bigelow toured with his Water Torture Cell in the College Market in the 1970s. I'm trying to wrap my head around the idea of bringing this huge prop, along with all his other equipment for a college audience. But I'm thinking in terms of modern day college students who tend to be jaded. I've read some of the reviews that Bigelow received back in the 1970s and 80s and they are nothing short of overwhelmingly fantastic. The college audiences held their breath, bit their lips and grabbed their chairs while sitting spellbound by his mindblowing escapes.

I think Houdini would be quite proud of this version of his escape!
Posted by Carnegie