The American Museum of Magic 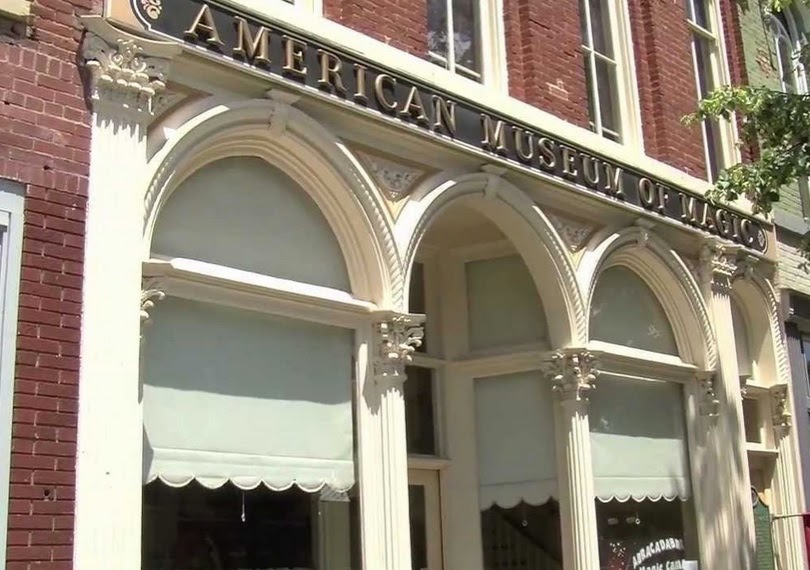 I still recall my first visit to the American Museum of Magic. It was many years ago now, and Bob and Elaine Lund were the owners, tour guides and gracious hosts on the day I visited with my family. This visit was the first time I had seen any sort of historical magic props or posters. It was an eye opening experience and really made an impression on me.

Bob Lund was an avid collector and he had everything from posters, books, playbills, letters to Houdini's Milk Can. Bob was not really a fan of Houdini, but he recognized Houdini's drawing power and so the Houdini items stayed near the front of the museum.

Another interesting item that I saw was a poster from the Le Grand David Show. I instantly 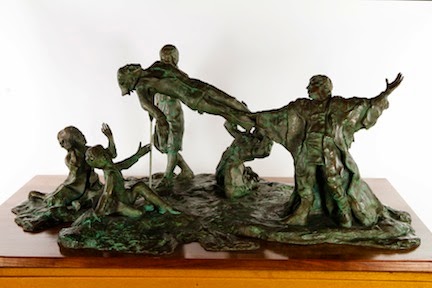 recognized it because we had visited Beverly MA for the first time a few months earlier and I had gotten to see the show. This was long before I became friends with the folks at the Le Grand David show. Bob and Cesareo became good friends and eventually Cesareo sent the museum a huge bronze cast sculpture of the show that was created by David Bull's father. There were three of those sculptures, one resides with Ray Goulet, one at the American Museum of Magic, and the third, I think is still waiting for a buyer. The third one was on display at the theatre in Beverly until the show was auctioned off.

Below are several videos of the museum. The first features an interview with Bob Lund. You'll want to forward the video to around 3 minutes 49 seconds, as that is where the magic interview takes place. During the interview you'll get to see Houdini's Milk Can and Bob talking about the Houdini routine.

On the second video, you'll see a shot of one of the large Houdini 'Do Spirits Return' poster. In the last video you'll see some shots of the collection of magic figurines. This collection of figurines inspired me to start collecting magic related figurines.

I hope you enjoyed a little peak into the American Museum of Magic. It is still in operation today, and this year the Midwest Magic History Weekend will take place in Marshall Michigan, the home town of the museum. So if you'd like to check it out for yourself, you can visit the following website and look into attending the conference. http://www.magichistoryweekend.com/