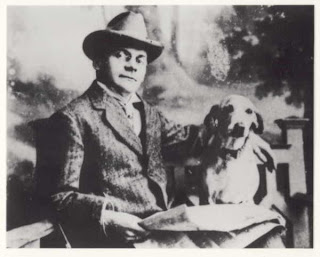 A couple years ago I wrote a blog about the Great Lafayette (Sigmund Neuberger).  I had discovered during the research that Houdini had made arrangements to have the funeral filmed because he could not be there in person. I also learned that there was funeral footage in the UK but I couldn't view it. I was unsure if this was the UK footage was what Houdini had commissioned or was someone else's footage and I still don't know.

Well, a reader of my blog posted an address where the footage of Lafayette's Funeral can be viewed. It's only 2 minutes long but it's so cool to see it. Here is the link http://ssa.nls.uk/film.cfm?fid=1620
and a special thank you to Fiona for the information!
Posted by Carnegie