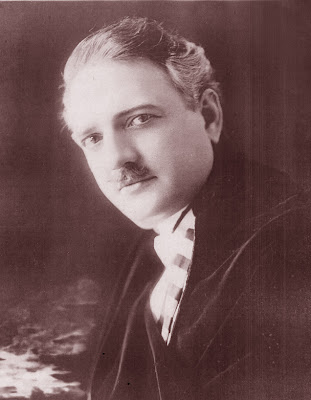 Here is one that really took me by surprise. In the February 1928 issue of The Sphinx, they record that Dante tried his hand at an escape act while performing in South America. To quote the article it says "He failed to put it over." There is no other information regarding this incident.

I know Dante was in fact in South America at this time. Thurston sent him there in 1927 and his tour started in a less than perfect fashion. He was continually plagued by advance men ripping him off and managers not fulfilling there end of agreements. The language difference didn't help matters either. And then of course there was Charles Carter and Grover George who were both in South America and Dante was essentially having to follow them.

But an escape act. That struck me as odd. So I began to dig and I discovered that when Dante was still using his real name Harry Jansen, he co-owned a magic manufacturing company in Chicago called, Halton, Jansen and LeRoy. One of the items from their catalog was a Packing Crate Escape. Hardly a full escape act, but it's something. But the blurb from The Sphinx doesn't say escape show, it says "He tried to stage an escape act." So perhaps he tried to pull in some publicity with a packing crate escape and either it failed, or because he didn't speak the language, he had difficulty in relaying to the audience just what to expect. 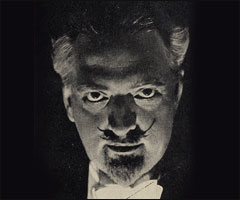 The reason I found this whole thing unusual was because of Dante's feelings towards HOUDINI. In the book, The Houdini Code Mystery by William Rauscher, there is a small chapter with Dante's feelings towards Houdini. It came from an article written by Dante and it basically rips Houdini to shreds. Dante starts with "First, he stole his name from the man who originated and made magic possible, Robert-Houdin". He goes on to expose Houdini's act and methods and make the claim that he could cuff Houdini in a way that would leave him bound, or lock him in a packing crate and he would not be able to get out. The way it's written he belittles the idea of an escape act though it's probably just his animosity towards Houdini more than anything. He says "Houdini the escape king? What can he escape from? So far, he has escaped criticism. This is the biggest trick he has ever done." Dante did not like Houdini and made no bones about it.

But it doesn't appear that Dante ventured into performing escapes until after Houdini had died (1926). This South American event happened either in late 1927 or early 1928. I've gone through a couple Dante biographies and can find no mention of an escape act in South America so perhaps it was not something he cared to record for posterity.

One other note, there was an escapologist who used the stage name Dante. This is mentioned in the book DANTE The Devil Himself by Phil Temple and even contains two photos of the escape artist Dante. I don't think however, the fellow who is mentioned in the Sphinx article is that person, it is definitely Harry Jansen, aka Dante.

In the coming months I'll share more with you about this fascinating character Harry Jansen, better known as DANTE.