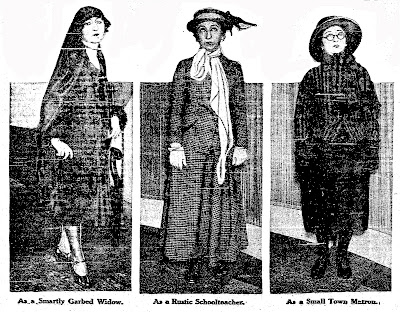 HOUDINI's Mysterious Girl Detective
"Exposing the Weird Secrets of Mediums and Spirits"; so read the headline for a series of newspaper articles by Rose Mackenberg. Back when Houdini was busy making spiritualists all over the globe very unhappy people, he discovered he couldn't do all the work alone. So he had his own agents and one of them was Rose Mackenberg. If the accompanying photos are any indication she was a master of disguise! 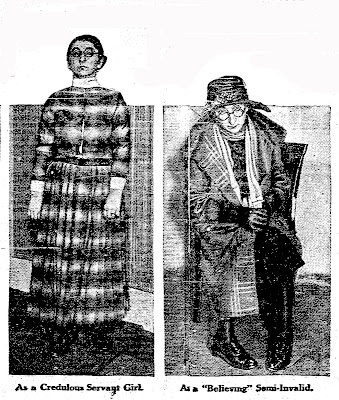 Rose would dress up as some character to attend seances, attend spiritualist meetings, and generally investigate and typically detect and reveal fraud. Though he job was to find the fakers, she still kept an open mind about communication with the dead. She said she never experienced it herself but if it was possible she hoped she would get to see it first hand.

She often used the alias Florence B. Rush and was also known as the infamous Rev. Frances Raud (fraud).

When Houdini was before Congress testifying about a proposed anti fortune telling bill "to ban people from pretending to tell fortunes for reward or compensation or pretending to unite the separated" as the The Secret Life of Houdini by William Kalush puts it. Rose was there also with Houdini to testify about a number of mediums she had visited in Washington D.C.. And Rose had a bombshell to deliver. I doubt anyone was expecting it. She revealed that Congressman and Senators regularly attended seances and one congressman's wife was a medium. Not only that, she revealed that seances had been held at the White House! Her testimony rocked Washington to it's core. The White House was not the least bit happy and issued an immediate denial of the accusation. In the end, it didn't matter, as the bill never got off the floor.

She continued working as Houdini's chief Detective right up until the time of Houdini's death. In fact, Rose Mackenberg was in Montreal participating in the lectures that Houdini gave at McGill University. So she was with him right till the end. Rose was not the only person on the team, Julia Sawyer who was an assistant in the show, also worked as one of the debunking agents. Jane Chapman was another, who Sidney Radner had interviewed about her debunking exploits. The filmed footage of the interview appeared on the Houdini Documentary put out by Unapix Productions. There were possibly a dozen people that Houdini employed in his team to defeat the spiritualist fakers.

After Houdini passed away, Rose retired from her Spirit detective work, but she continued exposing mediums through lectures she gave on the subject. "Exposing the Weird Secrets of Mediums and Spirits" was the title of a ten part syndicated newspaper article she wrote in 1929 that appeared in newspapers across the U.S.. In it she gives her thoughts on the Arthur Ford Seance and spends a great deal of time exposing the fraudulent methods of fake mediums. The photos here are from that article. 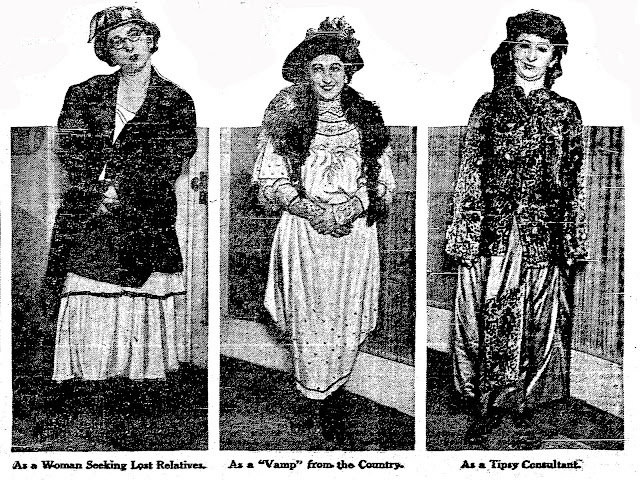