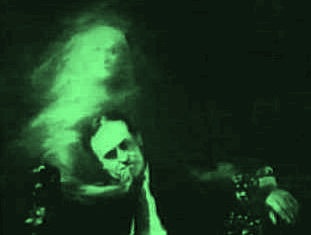 Harry Houdini died on Halloween, October 31, 1926. Ever since his death people have been trying to make contact with him. He apparently made a pact with several people, including his wife Bess and illusionist Charles Carter, that if he returned he would reveal a code to let them know it was him.

According to some of those attending Houdini Seances over the past 85 years, the original King of Magic has returned. Though he only revealed a code, once apparently. Here are some of the highlights of past seances. 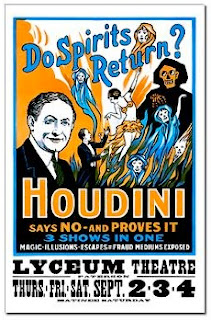 If you have a 'Houdini Ghost Story or Seance Story' please share it!!!


*According to Edward Saint during the Final Houdini Seance
**Bess later recanted. It was discovered the code had been written in a book the year previous and that is how Ford got the code. But Ford, till his dieing day always said it was legitimate.
Posted by Carnegie