103rd Anniversary of the Mantle of Magic 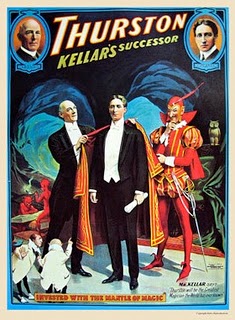 Today marks the 103rd Anniversary of the Passing of the Mantle of Magic from Harry Kellar to Howard Thurston at the Fords Theatre in Baltimore MD. The reality of the situation was that there was no real Mantle, nor was there a wand or anything else passed over. It was basically a business transaction in which Thurston agreed to purchase the Kellar show and it's properties for a certain sum and then continue to pay Kellar a fee for the show. Not quite as romantic as the idea of passing on this theatrical legacy from one king to his successor. 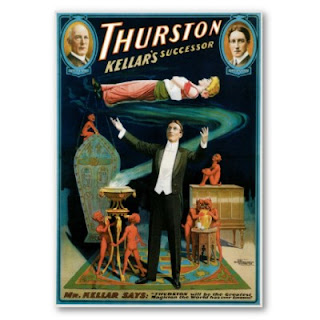 Thurston continued to ride the Kellar name for some time after until his name was firmly established in the minds of the public. It was a brilliant business plan. But Thurston did not just purchase the 'mantle' and then expect everything to fall into place on it's own. He worked and worked to achieve the success that he deserved. Every year he brought out new mysteries and made the show more exciting and more spectacular each season.

To read more details about the event, please visit a previous blog article I wrote http://deancarnegie.blogspot.com/2011/01/fords-theatre-mantle-of-magic.html
Posted by Carnegie