Houdini Speaks from the Dead!?

January 8th, 1929, eighty two years ago today, Houdini speaks to Bess for the first time since his death in 1926. He speaks, or apparently speaks through medium Arthur Ford of the First Spiritualist Church of New York at Bess's home on Payson Avenue with several witnesses present. Eleven months before on February 8th, 1928, Ford provided the first word from Houdini to Bess, 'Forgive'.

Now at just after noon on January 8th,  the curtains were drawn in Bess's living room and Arthur Ford went into a trance. His spirit guide Fletcher begins to speak and says that 'Houdini is here'. Using the code that Bess and Harry used in their mind reading act, a series of words are given which spelled out "Rosabelle, Believe". This is the agreed upon message! Houdini has spoken from the dead and finished with "Tell the world Sweetheart that Harry Houdini Lives and will prove it a thousand times!" and that ended the seance.

The only problem was between Bess being ill and doped up on medications and Ford having learned the code and the words previously, it was all a big fraud. Bess believed it though but later with help from friends, learned that she had been deceived.

She did say something interesting just two days after the seance. She issued a challenge of her own to her detractors. She claimed that there were two more messages in the same code that were stored in a bank vault. One of those messages is for Sir Arthur Conan Doyle and the other for Remegius Weiss of Philadelphia. "I consider it a fit challenge to ask the magicians and psychics who doubt the genuineness of my message to bring either or both of these through!". Suffice to say, those didn't come through, nor did Houdini speak from the dead a thousand times, like he said he would at the seance. 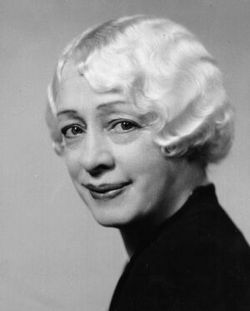 This bank was the Manufacturers Bank on Fifth Avenue and in the safety deposit box that Bess had there, it contained the envelope with her agreed upon message with Harry, plus two other envelopes as mentioned above.  The envelopes were never taken from the bank and shown to reporters. Bess's attorney claimed these never existed. Did they?

Many people have come out to denounce Arthur Ford and the seance. Early on it was Joseph Dunninger who showed Bess just how Ford could have learned the code. Dash Hardeen, Houdini's brother, said it was all nonsense from the start. The last person to really get involved in the 'Code Debate' was William Rauscher, minister, magician and literary executor to Arthur Ford. He put out a book called "The Houdini Code" which pretty much shows that it was all faked.

Now here are a couple interesting things to add to the January 8th history lesson. January 8, 1898 was the day that Houdini made his debut as a Spiritualist Performer in Galena Kansas. He began by presenting his version of the Spirit Cabinet. He followed this with relaying messages from the dead to the theatre audience. And to add another dimension of strangeness of the 8th, the Reverend Arthur Ford was born on January 8th, 1896. It's also Elvis's birthday, but I'm not sure that has anything to do with it, lol.

Pretty weird though.. If that isn't strange enough, why not listen to the OTHER SIDE of the debate. This is the side that says, 'the detractors and the debunkers were lying'.  I'm not saying believe it, but it makes for interesting reading.
http://www.ial.goldthread.com/houdini.html

Do Spirits Return? IF they could, would they really want to? As for Houdini, if he did come back, he only did once and forgot the 1000 other times he mentioned! (hmmm, not like Houdini to do that)
Posted by Carnegie