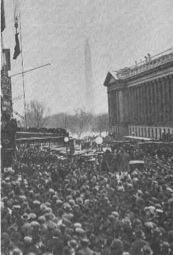 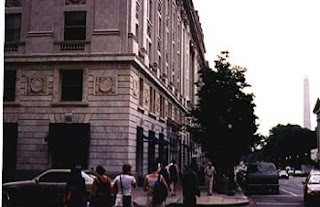 On January 12, 1922, Houdini hung upside down outside of Keith’s Vaudeville Theatre on 15th Street in Washington D.C (first photo). The theatre was torn down in the early 80’s I believe. But if you go to the Old Ebbitt Grill which is on the corner of 15th and G St. you can actually sit in an area that used to be where the seats of the theatre were. And actually, when you walk into the Old Ebbitt Grill, you are walking through the front doors of the Keith's Vaudeville Theatre!

I went down there a few years ago and took some photos of the area. I had a most unusual sensation. I had this memory kick in of seeing the theatre. I knew it couldn’t be true, but somehow in some far corner of my mind I had this very vidid memory pop up of the theatre. I could see the red marquee with all the lights and everything. In the real world I was sure the theatre was over where the columns of the building were because that area was newer than the rest of the building. Then when I found the two pictures above my jaw dropped. The marquee is EXACTLY where my memory told me it was. And I just found a color photo and indeed this is exactly as I remember it.

I'm pretty sure the reason I had a memory of this building is because I had driven past it many times on either field trips during school or with my parents when they were taking me downtown to Al's Magic Shop when I was a kid. 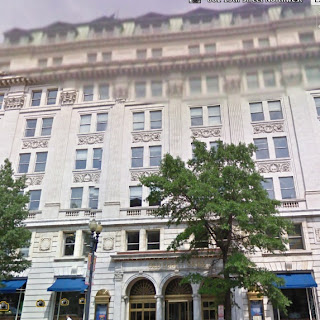 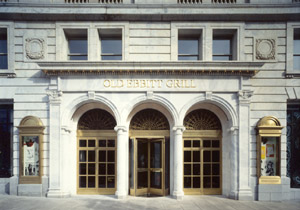 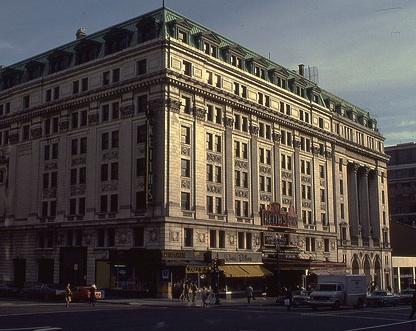 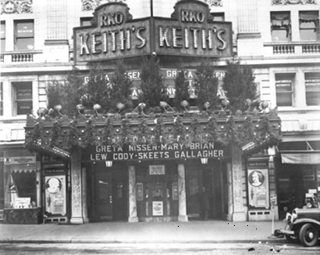