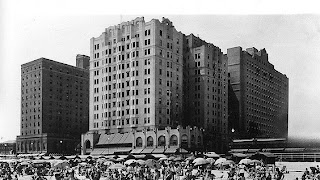 This is a picture of the Ambassador Hotel. This is the location of the meeting and seance between Sir Arthur Conan Doyle and his wife and Harry Houdini. It was considerably easier to find than I thought. Apparently the folks in AC still remember this historic meeting. 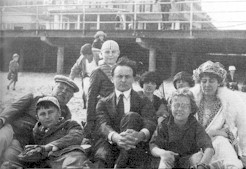 The Ambassador Hotel was torn down but today the Tropicana Hotel and Casino stands on the very spot where Houdini and Doyle had their seance. It was also the final straw for Houdini who completely turned on Spiritualism after this and set about exposing the frauds and fakes. It ended his friendship with the Doyles as well. 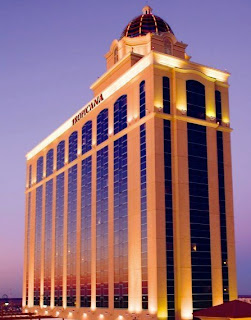