In the new Houdini book by Patrick Culliton there is a chapter which discusses one of Houdini's toughest challenges. This took place in Blackburn England in 1902. He had been challenged by a local man named W.H. Hodgson to escape from his cuffs. Houdini at first refused and then relented. It turned out to be a challenge which haunted him throughout his life as it apparently left him with physical scars as well as mental scars. There is some debate over whether or not he actually succeeded in the escape or if he was helped out. Regardless it was a tough night on Houdini. The Palace was torn down in 1989 to make way for a parking lot. 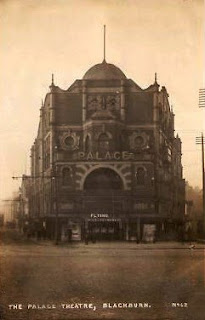