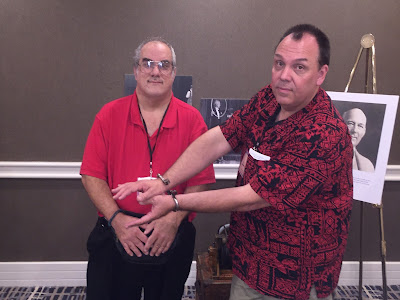 John Hinson was like Santa Claus at the Yankee Gathering this year. He brought a number of things that he wanted me to see. One item in particular was Houdini's pair of Hamburg 8 handcuffs. Not only did I get to see them, but I also got to try them on. When he made this suggestion, I knew that they were not likely to fit, as most Hamburg 8s don't fit me, I need the larger version which I'm not sure were available during Houdini's day.  John did not bring the key, but even if he had, I don't think they would have shut. Still, it was pretty cool holding and experiencing a pair of Houdini's cuffs. 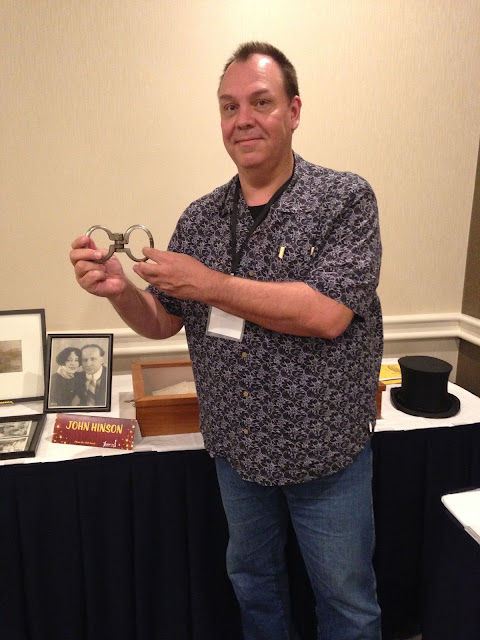