The Great Lee Grabel Has Passed 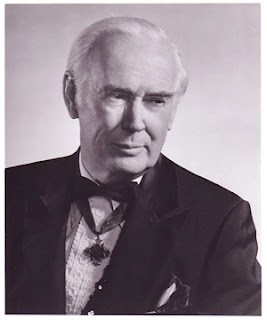 Lee Grabel, one of the magicians in the Royal Dynasty of Magic has died. He passed away July 27th, 2015 at his home. Lee Grabel was to receive the Mantle of Magic from Dante, but Dante died suddenly before an officially ceremony could take place. Because, he was the only one Dante was considering, the Mantle still went to Grabel. Lee passed the Mantle of Magic on to Lance Burton in 1994.

His life story was covered in the wonderful book, The Magic and Illusions of Lee Grabel by Ormond McGill. One thing I would like to mention, Lee Grabel retired from magic in 1959. Having seen him in his later years and still a commanding presence, I personally wish he had continued on all those many years as his magic was wonderful.

I'll have a longer biographer at a later time. For now if you'd like to read more about Lee, please visit his website http://www.leegrabelmagic.com/index.html
Posted by Carnegie