A Cool Houdini Connection and The Official Houdini Seance 2015 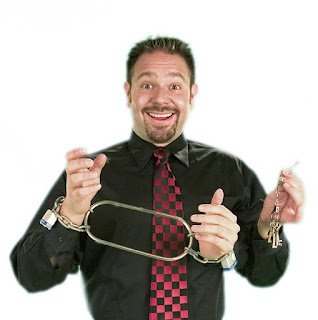 Imagine going through life and hearing from relatives that you're related to Houdini or someone close to Houdini. That was the situation Robert Strong was in. He had heard from relatives that there was some family connection to Houdini, but no one was quite sure what the connection was. Robert thought he might be related to Jacob Hyman and Joe Hayman. So the search was on earlier this year to discover that branch of his family tree. 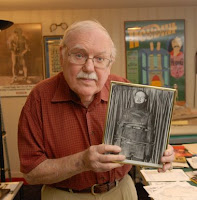 to! The man who owned the bulk of Houdini props for so many years having purchased and/or acquired them from Houdini's brother Hardeen. Too bad Robert didn't know this before Sid auctioned everything off.

I should mention that Robert Strong is a very busy full time professional magician from Maryland. He currently lives in San Francisco, but travels all over the country presenting his unique brand of comedy magic.

Once Robert found out he was related to the Radners he contacted Sidney's son and a new door opened. Robert is helping out with the Official Houdini Seance this year. Plans are in place for the event to take place in San Francisco at the Brava Theater. There are new websites set up for this event, one of them being a Kickstarter Campaign, though that page is not yet live.

Check out the official webpage for the event here http://www.houdini-seance.com/   (The site is still under construction, so you'll want to check it out from time to time to see the progress)

Finally, the Kickstarter page is https://www.kickstarter.com/projects/radicalphysics/236293987?token=744b6390

AND to learn more about Robert Strong, http://strongentertainment.com/
Posted by Carnegie