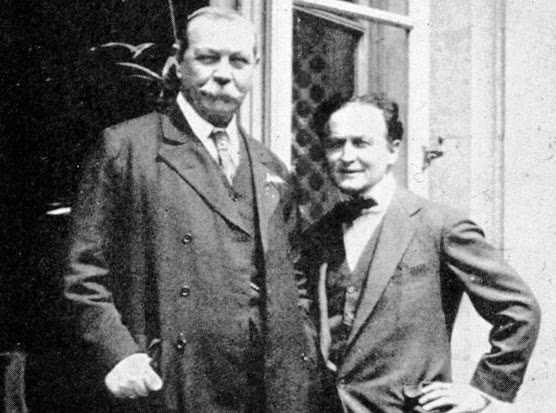 This is surprising and quite fascinating. I just read on broadcastingcable.com that Fox just picked up a 10 episode drama based on the lives of Harry Houdini and Sir Arthur Conan Doyle. It will apparently be some sort of crime drama where the two investigate crimes of a supernatural nature. That should be interesting. Houdini says, "FAKE! Next!" and Doyle says, "Genuine Phenomenon if I ever saw it!" lol.

I hope it's a little better than a previous Houdini TV program.