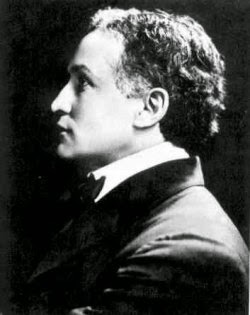 I just read an article that said one evening Dr. Leopold Weiss, Houdini's brother, was confronted at a party that had some magicians present. They asked him about the March 24th Birthday. The brother replied "That's nonsense! He was born in Appleton, April 6th!". This is the very same brother that Houdini stopped speaking too because he had married his brother Nathan's wife.

That article in question is by Bob Lund and was printed in the October 1971 issue of Linking Ring. The title of the article was 'Somewhere West of Budapest, Somewhere East of Appleton' starting on page 34. The craziest thing in the article is the reproduced letter from Gladys, Houdini's sister to Bess Houdini. In the letter she tells the story of a young infant boy named Ehrich who died in Budapest after taking a fall. And then she writes, "newborn children are named for the departed." So does this show that there were TWO EHRICH Weiss's? Harry being the second Ehrich? So he had two birthdates, two birthplaces and there were two of him?

It's late and that article was a lot to wrap my head around. For now I'll just wish Harry A Great Birthday!!!!! The rest of you go find the article in AskAlexander and read it for yourself.

UPDATE: Let me say, I do think Houdini was born March 24th (Today) but this article mentioned a lot of unusual things. I don't ever recall hearing the 'other Ehrich' story before but apparently it is mentioned in two previous biographies. It just goes to show that the more we learn of Houdini, the more fascinating he becomes. Happy Birthday Harry!!!
Posted by Carnegie