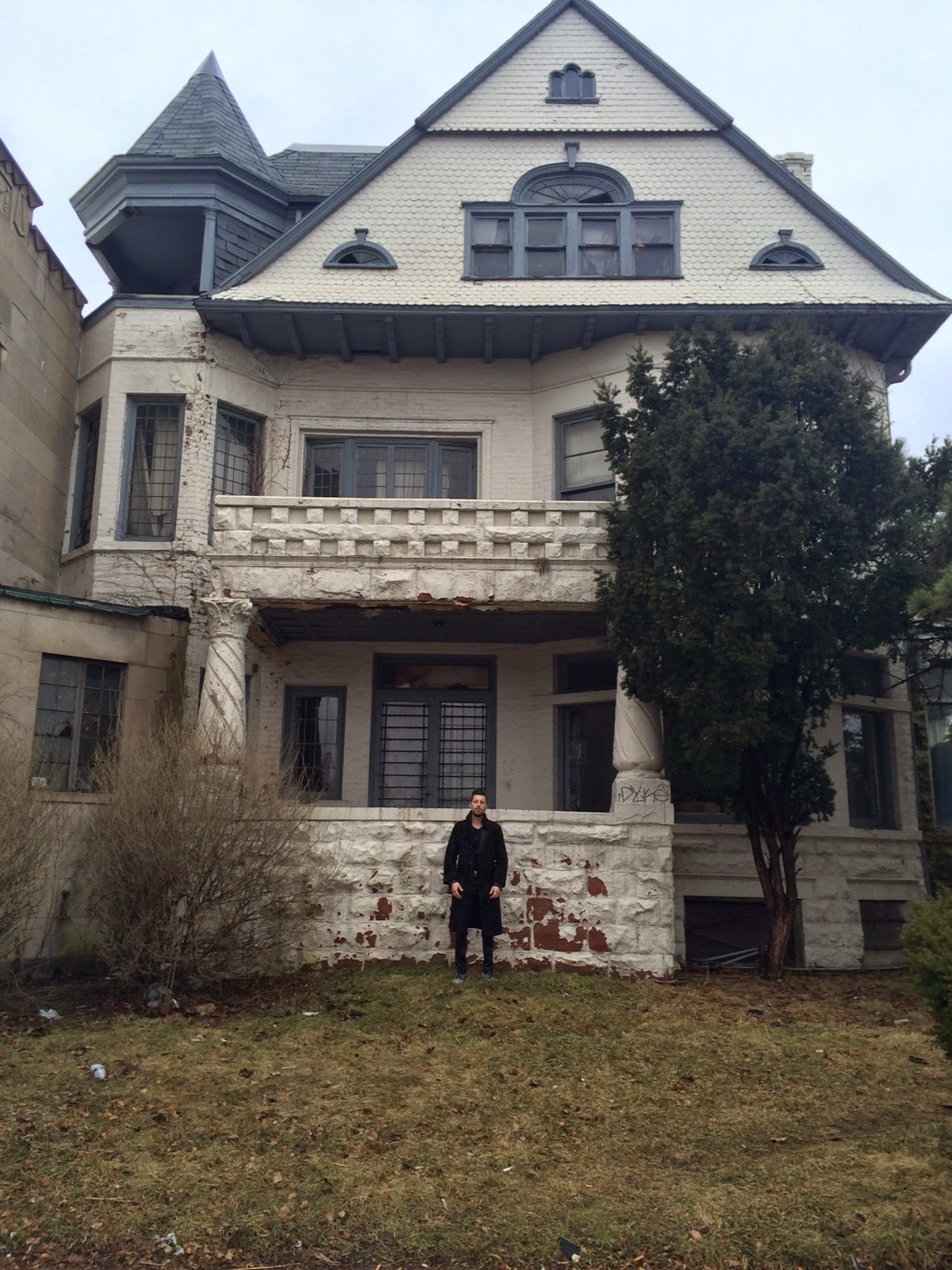 My friend Andrew Basso is an escape artist from Italy. He is truly an International Escape Artist however. He is one of the featured performers in the show The Illusionists that is currently touring the United States. Andrew has been checking out various Houdini hotspots along the tour route.

A few weeks ago, I saw a photo of Andrew wearing the actual Steel Straight Jacket used by Tony Curtis in the movie Houdini. This was in the collection of someone in Canada (I think). I occasionally will get a text from Andrew asking about Houdini's connection to this city or that city. And this morning, I sent him some information on Detroit.

As you may or may not know, most of the landmarks in Detroit connected to Houdini are long gone. But there is one that still remains, Wm. R. Hamilton's Funeral Home on 3957 Cass St.. This is where Houdini was embalmed by John Fraser, one of the employees at the funeral home. The photo at the top of the page shows Andrew in front of the Funeral Home.

If you have not seen The Illusionists, I would encourage  you to do so. Andrew does an upside down Straight Jacket Escape and The Water Torture Cell during the show. He is a very charismatic performer with very humble approach to his art. That seems like a contradiction, but it's not. Andrew is not over the top, not bombastic, he is likeable, friendly and you'll find yourself rooting for him to defeat his bonds while he attempts his escapes. Check him out in The Illusionists on tour!
Posted by Carnegie