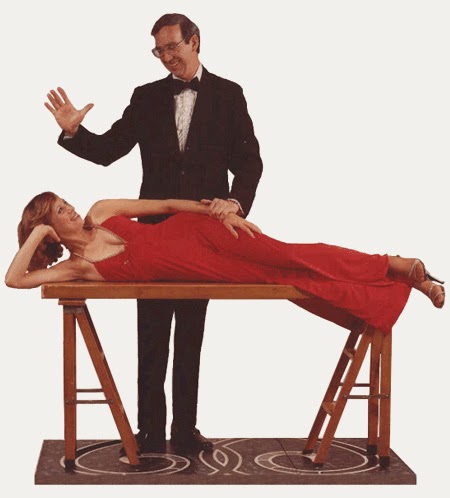 Walter Blaney is an amazing guy. I've had the honor of talking to Walter a couple times on the phone, though I've never met him in person. He is quite the character and a wonderful person. He is best known for his Ladder Levitation which was a fooler when he created it in the 1960s and is a fooler still today.

Personally, I also love his take on the sawing a lady in half illusion*. I found a video online which is a 30 minute documentary style video of the history of the Ladder Levitation. You've got to watch it! One of the coolest things on the video is the miniature mock-up that Walter built before creating the large scale version. The miniature version works just like the large one and it too is amazing.


If you'd like to see the Sawing a Lady in a Half-Blaney Version, this wonderful effect is also captured on a video. This is the link The Sawing effect is about 7 minutes 20 seconds into the video. But watch the whole thing because Walter is great during the whole video!
Posted by Carnegie