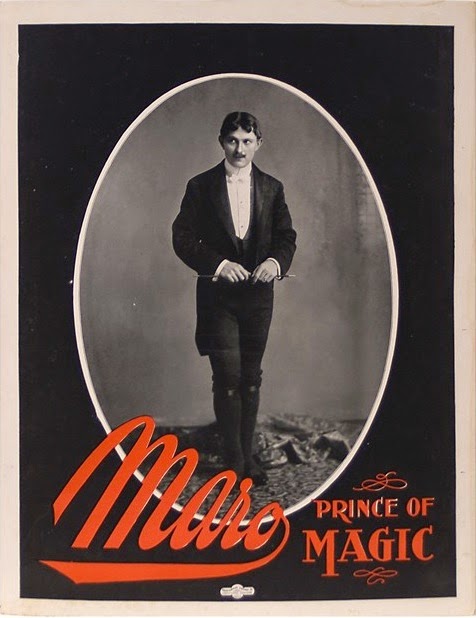 Feb 26th, 1908, Edward Maro passed away from Typhoid Fever in Philedelphia PA. Here was a very interesting character and one that is mostly forgotten today. His posters remain and they are strikingly beautiful. And there is something else that remains, something I was unaware of until very recently (more on that later).

Unlike most magicians of his era, Maro made a lot of money performing magic. He was very similar to another magician I admire Robert Heller, in that he was both a magician and a gifted musician. Maro was only 39 when he passed away. I'll be writing more about Maro in the coming months. I plan to give you all a more detailed story of his life. If you visit one of other blogs you can see a photo of Maro's grave http://deadconjurers.blogspot.com/2011/08/edward-maro-prince-of-magic.html

Expect to read more of Maro later in the year!