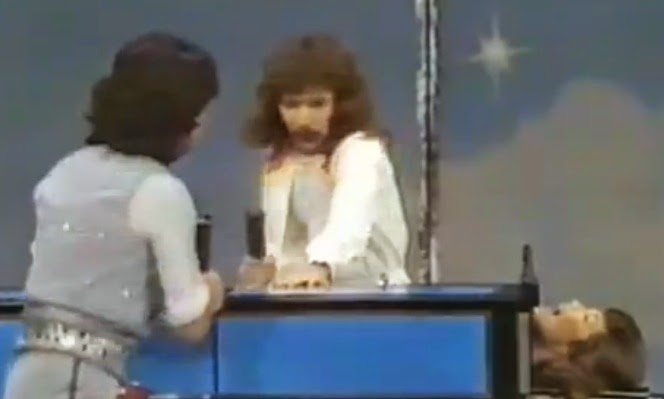 We are fast approaching the anniversary of the death of Doug Henning. He was an iconic magician who left us much too soon. But thanks to the wonders of the internet, you can still experience his magic. Now, I will say compared to some of the super slick illusions and mysteries of today, some of the magic seems dated. But you also get to some some real gems mixed in as well.

Below, is a video of one of Doug's specials I found on Youtube. There are some drawbacks to the video, for one it's dubbed in Spanish, so if you speak Spanish you might enjoy it even more. But for those of us that don't it's unfortunate that we can't really hear Doug. Also, Bill Cosby appears on the show as his co-host. At the time, Cosby was one of the biggest stars in show business. I'll not be going into the current controversy, except to say, ignore that and pay attention to Doug!

On this special you'll see: Things That Go Bump In the Night, The Double Sawing, The Flexible Mirror, Walking Through a Mirror, probably the very first version of The Elevator and still my favorite, and you'll also see the Rube Goldberg illusion that I believe was actually Doug's idea. For close-up you'll see a contribution from Paul Harris called Twilight, Doug's Matrix with Sea Shells, and the production of some Goldfish.

AND, for the magic history fans, there is something that I did not remember on this special. It's a version of the Book of Life used by FuManchu.

So if you don't speak Spanish, turn down the volume a little and enjoy the magic. If you do, enjoy every moment of this fun special from the 1970s.