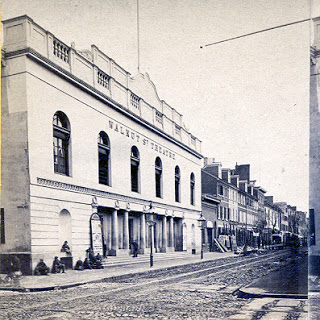 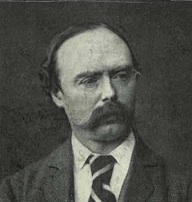 But it's the magicians I'm most interested in. Since the theatre opened in 1809, it's hard to say who the first magician was to perform at the Walnut, but according to the Philadelphia Inquirer, Herr Alexander played the Walnut in August of 1849. And I know that on July 4th 1853, Robert Heller opened at the Walnut Street Theatre for a three week run. Prior to his appearances at the Walnut, Heller had been performing with a fake French Accent and a wig. He dropped those accessories and the first place he performed as himself, was in Philadelphia! Oddly, on Nov 28th, 1878 (134 years ago today!) Heller would die of pneumonia in Philadelphia.

I thought Harry Kellar performed there, but I can't find a record. He did perform at the Walnut Street Theatre in Cincinnati Ohio however. And he played almost every theatre in Philadelphia, so I'd be surprised if he never made it to the Walnut St. Theatre.

I don't have any proof of it, but I'm going to guess that Signor Antonio Blitz might have performed there back in the mid 1800's, as he lived in Philadelphia for a time. And I'm thinking it's very possible the Alexander Herrmann may have also performed there which could be why I didn't see Harry Kellar's name listed because the two were competitors.

According to the website for the theatre, Harry Houdini performed at the Walnut, but I don't know when. A little digging shows Houdini at the Chestnut Street Theatre and also at Keith's Theatre in Philadelphia. Houdini had a number of ties to the city. On one visit he discovered the grave of Robert Heller, which had been lost to time. Heller was originally in Macepelah Cemetery in Phili and then later moved to Mt Moriah. At another time he introduced Remigius Weiss, a spiritualist debunker whose claim to fame had been exposing the slate writing of Dr. Henry Slade. 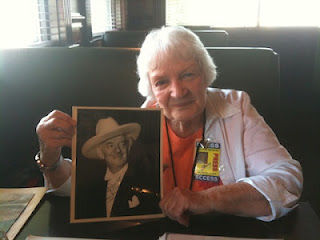 In October 1947, the Blackstone Show was at the Walnut Street Theatre and they were in need of a replacement girl. Word was sent out to some of the theatrical agencies in town and a young dancer named Adele Friel applied for the job. She met Blackstone backstage at the theatre and he gave her an idea of what was required for the position. She met the other girls in the show and just like that, she was hired! But that wasn't all. This was the afternoon, and there was a show in the evening and Adele had no idea she'd be IN the show that night!

Sure enough, she performed her first show with the Blackstone troupe that night and stayed with them for several years touring across the country in the process. One great blessing for the magic world is that Adele loves to visit with magicians and attend conventions on occasion. If you ever get a chance to meet her, please take the time to say hello and listen to some of her wonderful stories.

In the modern era, Penn & Teller have appeared at the Walnut Street Theatre as well. By the way, Teller, the quieter half of the duo, was actually born in Philadelphia!

To me the most exciting thing is that this old beauty of a theatre is still running and has continued to do so for over 200 years! The theatre is located at 825 Walnut Street, Philadelphia, PA 19106
If you are aware of the number of theatres that have been razed, destroyed or closed down in the past 100 years, you'll realize just how special the Walnut Street Theatre is.