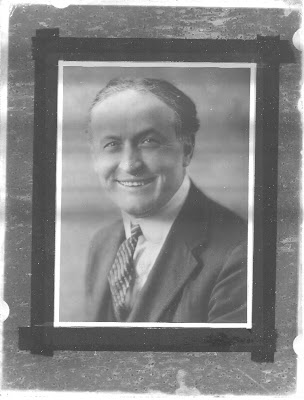 I never know what exciting things the day is going to bring. Today was an exceptional surprise. This morning I received an email from one of my readers about a discovery he made of some Houdini Glass Plate Negatives. He had one of Houdini smiling which is pictured above. He purchased these about a year ago at a flea-market!

But it's the second image that is the incredible one. He believes that the image below is of Cecilia Weiss. Jeff from JB Auction House, who is the finder of the plates, pointed out that the photos we have of Cecelia are mostly from 1900-1908. However, Cecilia died five years later, so it's possible this is her. (SEE UPDATES BELOW)
I'm also posting this image of Cecilia with some of her known photos so you can compare for yourselves. Now, if it is NOT Cecilia, then my best guess is it is Hannah Steiner, Cecilia's mother, who was Houdini's Grandmother and is buried in the Houdini plot in NY. This yellowish photo (at the very bottom) shows Hannah on the far left, Rose Steiner and a young Cecilia Steiner.

A big thank you to Jeff for allowing me to post these images. Now folks, PLEASE comment below. Let us know if you think this picture is indeed an older Cecilia or perhaps Hannah.

UPDATE: Leave it to John Cox. He pointed out that there was a photo taken after 1908, this one was 1913 as Houdini was leaving for Europe. The last known photo of Cecilia Weiss and it is not the woman pictured above. However, I still believe this is a relative, probably Hannah. Your thoughts?
UPDATE 2: It looks like folks are leaning towards Hannah Steiner, which to me is still incredible. 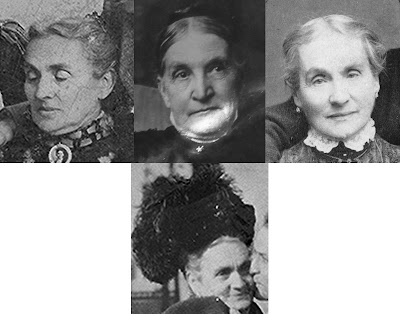 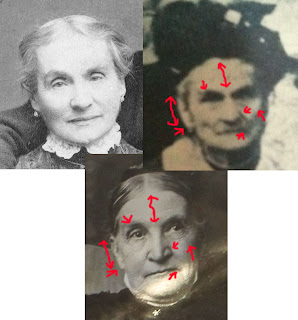