Politics, Magic and a Wooden Chest

Imagine for a moment that President Barack Obama decides the only way to solve the crisis in Afghanistan is to send David Copperfield there to put on a show and demonstrate that American Magic is stronger than anything the Taliban have to offer. Sounds ridiculous doesn't it? Especially given the political climate today with the NSA, IRS, and Secret Service prostitution scandal and all the other various scandals. Frivolous spending is being scrutinized by politicians and the public alike. 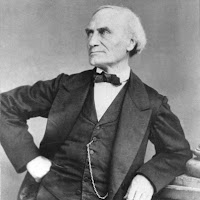 But in 1856, this is essentially what happened. Not with the US, but with France. The French Government called upon recently retired magician, Jean Eugene Robert-Houdin, to travel to the country of Algeria. The government of France was trying to prevent a conflict between themselves and a religious sect called the Marabouts. These Marabouts were thought of as wonder workers and were trying to influence the local Arab tribes to break from France. So the French Government thought, 'why not send Robert-Houdin down there and show them that our magic is far superior to anything the marabouts have to offer'.

Again, think about that. Imagine this conversation, "Hey Penn & Teller, would you mind going to Syria and doing your Bullet Catch to help calm the hostilities there?"  That is basically what Robert-Houdin was asked to do. Crazy, wild, wacky? Yes, but read on...

Don't think that Robert-Houdin only met with the Marabouts either. He went straight to the theatre and put on his show! All the typical magic that he was famous for, but with one unusual addition. He walked to the front of the stage and made the bold claim that he would remove the strength from any warrior present. He asked for a volunteer and he quickly got a male from the audience. Robert-Houdin requested the young man to lift a small wooden chest that was on the floor. With very little effort, the Algerian man raised the wooden box off the ground.

Now, Robert-Houdin proclaimed he would rob the man of his strength. He asked the man to once again lift the box. But this time, the man struggles, he even falls to his knees and screams out. Then he let go of the wooden box and runs off the stage and out the theatre. I can just imagine the pandemonium that must have broke out following this. Needless to say, 'Conflict Averted'.

A wonderful story. Somewhat hard to believe but apparently true. If it happened today, the media would be having a field day with this, and not in a good way. But in 1856, it was a huge victory for the French Govt. Robert-Houdin was a hero, but rather than bask in his celebrity, he returned to retirement to work on scientific inventions and experiments with electricity.

Amazingly, the wooden box, which Robert-Houdin called his "Light & Heavy Chest" still survives. Today it is in the collection of Ken Klosterman and his Salon De Magie. It is a remarkable piece of history and unbelievably it still works today. Though I believe that Ken had it refurbished and tweaked the method slightly. But the fact that it remains is incredible. The "Light & Heavy Chest" has made appearances on a number of TV Specials about Magic History and appeared at more than a couple magic conventions as well. It's basically one of those pieces that has become legendary. Below is a photo of the wonderfully preserved Robert-Houdin Light & Heavy Chest. I would imagine it's the crown jewel in Ken's collection and he knows all about the history of the chest and who owned it after Robert-Houdin and he loves to share the tale of how it arrived in the Salon De Magie!

As I mentioned in a previous blog, Ken Klosterman is writing a monthly column in M-U-M Magazine (which you get as a member of the Society of American Magicians). He'll be featuring different pieces from his extensive collection. Please check it out because it is sure to be great. 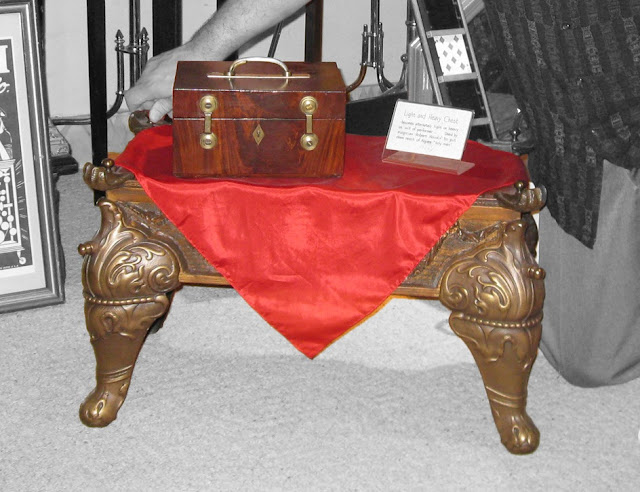