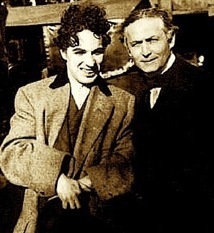 If you’ve ever seen my live stage show then you’ve seen the Chaplin-Houdini Story routine. The story in my routine is fictional, though the two performers did meet in real life. Originally the story was going to be about Harry Kellar and Harry Houdini but I realized quickly that modern audiences would have never heard of Kellar and thus would have little connection. But Chaplin and Houdini are icons and most people are familiar with them regardless of whether or not they have ever seen them.

The photo above is Charlie Chaplin on the left and Houdini on the right. No doubt this is during a visit to a movie studio by Houdini.  Today is the 122nd Birthday of Charles Chaplin and GOOGLE had some fun with his birthday celebration, much in the way they did with Houdini's a few weeks ago. Go check out the little Google Silent Movie by going to www.google.com 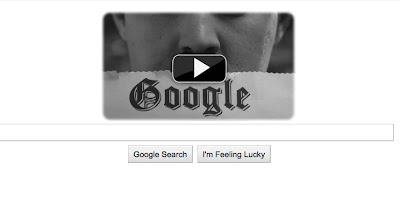