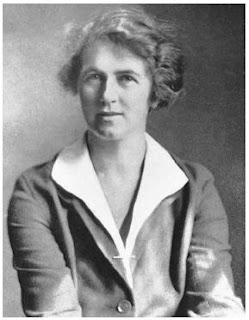 The Scientific American Investigations and then Houdini's out right war on Margery the Medium were not her undoing. She continued for sometime afterwards. She was also continually scrutinized and tested. It was during one of the later tests that things went bad for her.

Margery, whose real name was Mina Crandon, always spoke through her spirit guide Walter. It turns out that Walter was her deceased brother. Walter was a character in real life and no less the character in his spirit form. He was outlandish and abrasive and had no problems challenging the challengers. During one of the Scientific Investigation tests Walter called out Houdini specifically for hiding a ruler in the wooden box in which Margery was secured. Sure enough upon investigation a ruler was found. Houdini denied the charge. Years later, Jim Collins, one of Houdini's assistants admitted that he put the ruler in the cabinet after Houdini told him to do it. Houdini was determined to get Margery no matter the means or the method. 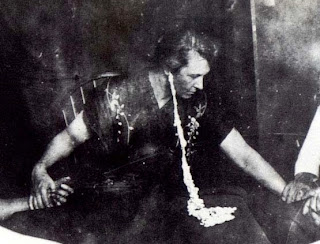 Margery did have a number of unusual manifestations that took place in her seances. Of course the spirit voice of her brother Walter was the one consistent one. But at some point she also had ectoplasm exude from her body. She and her husband asked the investigators not to touch the ectoplasm as it would cause Margery harm. One article I read said that after an investigator did touch the ectoplasm, Margery suffered great pain for days following. Among the other manifestations; objects moved on their own, lights came on and off, ghostly hands touched those of the other sitters and many more.

The committee was divided on their decision as to whether Margery was legit or not. This of course enraged Houdini, which led to him going after her on his own at the Symphony Hall exposure. In late 1926, Houdini was contacted by investigators again about Margery and he considered getting involved in the case again but he never did because he died in October of that year. 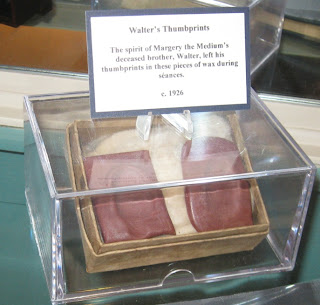 Margery continued her seances and continued being investigated. In 1929 she exhibited a new spirit phenomenon. A block of hot wax was set on the table in front of Margery and she caused her spirit guide Walter to leave a wax impression of his finger prints. Amazing! Except it was discovered at a later date that the finger prints were actually those of her dentist, the man who provided the wax originally. This revelation seems to be her ultimate undoing.

A final note, apparently Walter was not done speaking. In 1994 Walter spoke again through a medium and said that it was Dr. Crandon who set up the fraud because so many people were out to get Margery. Really? I mean, really?