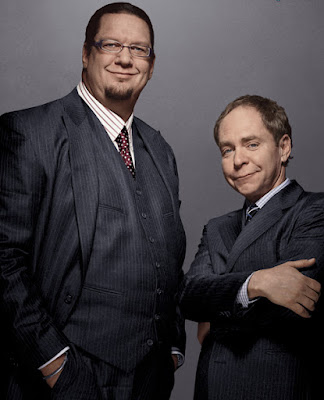 There was a time in the 1980s when this duo, Penn Jillette and his partner Teller, where known as the Bad Boys of Magic. By all accounts, they were like anti-magicians, exposing tricks and infuriating the world of magic while making cockroaches and snakes and who knows what appear all over David Letterman's desk!

They didn't do the ordinary coin tricks, stage illusions, or anything regular magicians did. Oh, well they did the Cups and Balls....and then exposed it brilliantly after performing it. No, they conjured with BEES, BUGS, BLOOD, all manner of craziness. They did magic upside down. They did magic underwater!

They've had a long career. And then 30 years ago, on Jan 14th, they began to perform in Las Vegas. They are now the longest running comedy act in Las Vegas History! They may just be the comedy act that lasted the longest. Martin and Lewis, Abbott and Costello, and others all broke up. Penn and Teller, still together! 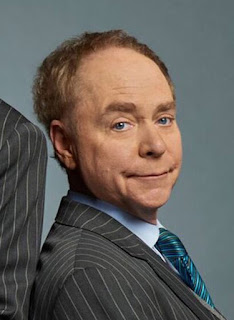 In Oct 2022, Teller, took a break from the show to undergo bypass heart surgery, no small feat for a young person, but Teller is 74. He came through with flying colors and if I might add, I think it proves he is indeed a YOUNG 74! On Jan 14, 2023, Penn and Teller once again united on stage of the RIO Casino in Las Vegas to continue their stellar run. And get this, they opened with new material and announced they would be debuting more new material.

This is one of the reasons Penn and Teller are so magnificent and so incredibly GREAT for the World of Magic. They do not rest on their laurels. They continue to put out new material. And their stuff is killer. They have more original routines than probably any magic act around.  And I've not even mentioned their TV Show which is the greatest platform for great magic, EVER!!!!