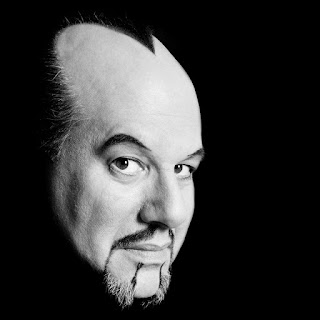 Those are words I never expected to write...."Max Maven Has Died". Max seemed eternal. He seemed as if he was always part of magic and would always be. In truth, he will forever be part of magic. But our world is less for his parting.

He was born, Phil Goldstein December 21st 1950. He was a prolific writer and creator of magic. I will admit to never meeting him. I suppose because my interests in mentalism didn't exist during the few times when I saw him in person. NOW, yes, my interest in mentalism is huge and i wish I could sit down with him. In fact, he was someone I wanted to talk to on my podcast at some point.

We never think about icons and heroes getting sick. Sadly, Max was diagnosed with an aggressive form of Brain Cancer and had surgery in response to it. Life can be so cruel. He was a genius, a brilliant man, and he gets cancer of the brain. Yet, we are all mortal. And Max is a living example of not wasting your life. He didn't waste one second. Look at his contributions to the world of magic, they are nearly uncountable because there are so many. Is there any other single person as prolific as Max?

"Most magicians are afraid of magic."

"There is nothing miraculous about puzzles. Competent mentalism is miraculous."

"Ultimately, I don't care if people decide that what I'm doing is real or not...as long as they understand it isn't EASY."

"The biggest tragedy of the 20th Century is that magicians have taken something inherently profound and rendered it trivial."