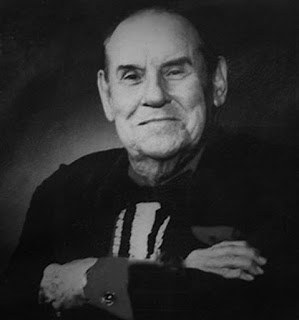 Episode 79 of the Magic Detective Podcast is on Charlie Miller. He was known as a great sleight of hand master. But he was equally skilled with apparatus. I thought you might like to see Charlie in action. The first video is rather grainy and hard to see. Probably taken in the 50s or so. But you can see Charlie's skill with cards.

Next week have Charlie, I think these were from the 1970s on The Magic Palace. He's past his prime here, but still can handle the props. The presentations are a bit dated, but that's to be expected. I really love his Chinese Sticks routine. There are two moves in there that I've not see done before, and they really help to sell this routine. The first one is early on when he shows that the cords are actually connected near the top, but then a moment later, they are not. The second sequence is harder to describe, but its when he is pulling the tassels straight up through the stick, rather than pulling them down. It's an interesting sequence. To see that footage you have to use the youtube link, it won't allow me to embed the video here. https://www.youtube.com/watch?v=WLElkBMl4To
I hope you enjoy Charlie Miller's magic and check out my podcast too!