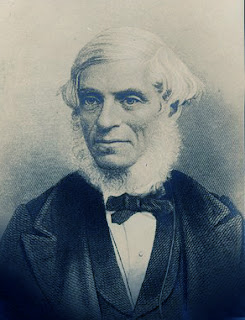 That headline comes from an actual 1863 playbill. I didn't even catch on to the play on words with his name 'Blitz', when I finished by most recent podcast. But as is often the case with these folks I cover either here on the blog or on the podcast, once an article is finished, more information pours in. 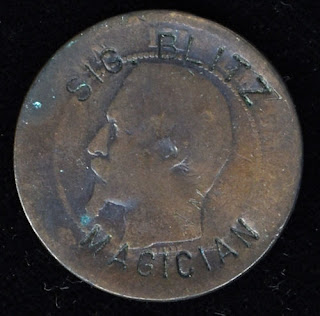 For example, I recently saw this Signor Blitz Token for sale (it had already sold). First thing I thought upon seeing it, it did not belong to the real Signor Blitz, so it must be a competitor. Just look at the image, that is NOT Signor Blitz. But then I found out that the token is actually a fake. It was created by  Bill Kuethe in modern times and it's fake or what is called 'a fantasy piece'. There is no Signor Blitz coin that we know of. The link above is to another article that describes the entire story behind the creation of the fake coin.

One of Signor Blitz's big talents was his ability to throw his voice or ventriloquism. He was a master and seems to have used it more offstage than on. There are articles filled with funny stories that happened to Blitz. In my latest podcast episode #61 on the master himself, there are numerous stories of when he used his ventriloquism in everyday settings. I just heard another one, Blitz was in a library reading room and had all manner of fun with the folks in the room by  throwing his voice and making it sound as if a bee were buzzing around! lol.

Speaking of ventriloquism, though Signor Blitz was a master of throwing his voice, he was also an early pioneer of the vent dummy or vent figure. His was a country bumpkin character he called 'Bobby'. By today's standards 'Bobby' is pretty freaky looking, but I'm sure back in the day he was cutting edge. 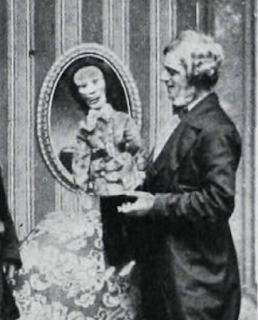 IF you have not already done so, please go over to my podcast and check out the episode on Signor Blitz! You'll be glad you did!