LINK: WILD ABOUT HARRY: Inside Houdini's 278 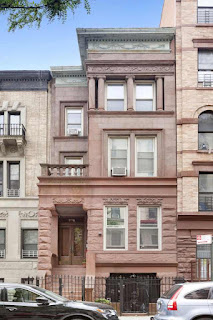 Last Sunday, June 18th, there was an open house at the location of Harry Houdini's home in New York. This would be the first time that many people have ever seen in the inside of the house. I unfortunately, was unable to attend. If I had found out a bit sooner, I would have been there, but as it was I had performances which I was unable to reschedule at the last minute. So I missed an opportunity of a lifetime. Though, something tells me I shall yet see the house one day.


My fellow Houdini-fanatic, John Cox, of WildAboutHoudini.com was there. He has written what I believe is his ultimate Houdini article. I don't believe anything he has written before or in the future will ever top this piece. Writing about history is one thing, experiencing history first hand is another. John got to experience history and not only that, because he has incredible knowledge of Houdini, he was able to figure out things about the house, areas where Houdini had taken iconic photos and more, that the average person just wouldn't know about. Seeing the many additional photos that he included in his article, I must say that even I would have been unable to deliver such a fine piece. His photos of the inside of the house from The American Museum of Magic, really took the article over the top. I will always regret not being able to make it, but like Houdini, I chose the path of performing, and history was a later passion. Still, if the opportunity to explore the house ever comes up again, I do hope I am able to take full advantage. And I'll be carrying John's article with me as I explore the place because it is so rich with details. Thank you John and now folks, please head over there and read all about it (if you have not already done so!)

WILD ABOUT HARRY: Inside Houdini's 278: Last Sunday I spent three remarkable hours inside Houdini's house at 278 West 113th Street in New York City. The occasion was an open...
Posted by Carnegie

Email ThisBlogThis!Share to TwitterShare to FacebookShare to Pinterest
Labels: Houdini, Wild About Houdini