Le Grand David: The End of an Era 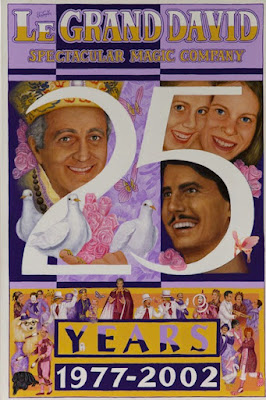 It's truly over. With the final Le Grand David Auction on Sunday April 10th, and with the Larcom Theatre for sale, the end of the LeGrand David reign as one of the greatest magic shows to ever grace a theatrical stage is done. Actually, it was over when they closed the show a few years ago but now all traces of this incredible journey have vanished.

I have such a mixed bag of emotions about this. Let me state first, I fully support the efforts of the cast to sell off their show, theater and materials. They have every right to do so. It's awfully kind of them to allow some of us in the magic community and theatre community to enjoy these treasures. I'm so very glad my friends from the cast were able to make some money off these wonderful items while they were still alive rather than leave it till after they were all gone. I think Vincent Van Gogh sold only a few paintings when he was alive and for very little money. It wasn't until after he was long gone that the world realized the true value of his art. For the cast of Le Grand David, though they have profited from the sale of their theatre(s) and show, I don't think enough people have yet realized the true value of their art. Perhaps, no price tag can be placed upon such a thing.

There is another side of me that hoped the show would continue on. In some way, even after the first show stopped and the Cabot St. Cinema Theatre was sold, I hoped a new version would take off at the Larcom Theater. I hoped as the older members bowed out that a new generation would come in and take over the show. Perhaps taking it to places that the previous show had never gone. But reality and time got in the way.  The cast began this grand adventure way back in the 1970s and now forty years later,  it was time for them to seek a different path. They more than did their duty for king and country.

So why do I have visions of Cesareo with his arms crossed and a frown upon his face? Would he be upset with the members? If he could relay a message from the great beyond, would he tell them how sad he is that his nearly impossible dream that was brought to life is gone? Here is what I think, I think he would be a little sad, but he would understand. And would encourage his friends to seek out the best of life and live every moment fully aware that together they achieved what no one else could do. They were all true wizards in every sense of the word. I think he would encourage them to move beyond this chapter and find a new adventure, for themselves, whatever it might be.

I do think he is still standing with his arms crossed and a concerned look on his face however. Not because he is unhappy with his friends in Beverly. Because he is unhappy with the world of magic. So many have lost their way and forgotten the beauty and wonder inherent in magic.  His dreams therefor fall upon his disciples to carry on his vision to a new generation of theater goers. We who present stage magic, must pick up this magic torch and carry it forward so that the dream lives on.

And those of us who are collectors, we can remember them through the treasures they have allowed us to obtain through their two auctions!

The poster/painting (above) which was painted by Rick Heath with artistic direction by Cesareo, is now in the Carnegie collection (me). Below, you will see a hand painted Find The Lady stage card trick which is also now part of my collection. And from the previous auction, The Peacock Backdrop, The first Floating Tables, One of Cesareo's costumes, and The Sack Escape. 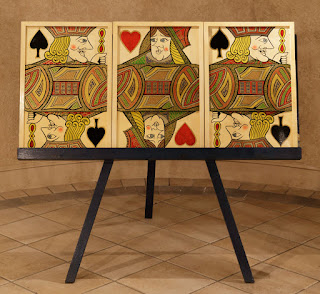 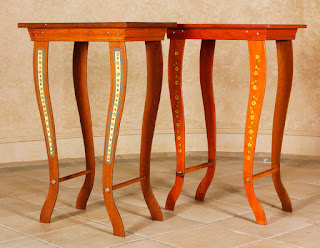 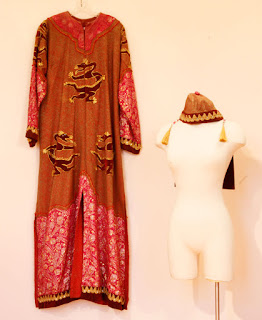 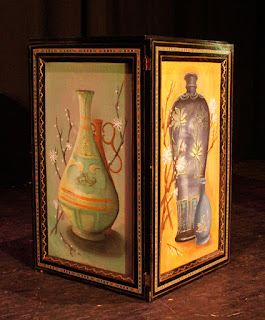 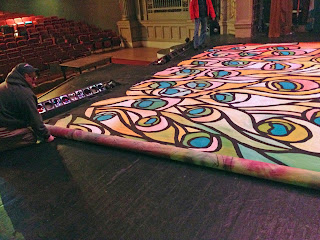