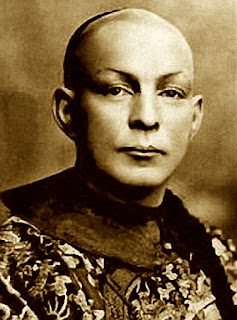 One of my favorite things about this blog are the readers who contact me with various bits of information. Earlier in the year I received an email from a reader about a magazine he had in his possession, called The Model Engineer from June 1949. Within the magazine is an article written by Donald Stevenson, who worked with Soo, and it's about Soo's interest in model aeroplanes.

There are some interesting facts that come out in the article. First thing that jumps out at me is the list of machinery in Soo's workshop: "One treadle fretsaw, one treadle circular saw, a 4.5 inch screwcutting lathe, and a pillar drill and emery wheels, also treadle-driven, a wood bench with vice, metal bench with vice, large assembly bench, a small forge and a good supply of wood and metal hand tools. All the small tools were hung on the walls in their own places, and there were also shelves all around the workshop". That complete description came from The Model Engineer Magazine.

Another interesting fact was that besides magic books and periodicals, it would seem that Soo's favorite magazine was The Model Engineer, in which this article appeared.  Stevenson goes on to describe how Soo would often come to the workshop with an idea and spend hours and hours working it out. Soo's illusion ideas were built from cardboard and wire first before they would be build from wood and metal.

Soo had an interest in model aeroplanes and would build working models from time to time. In 1911, he was approached by a company that was interested in having him build model planes. After showing the company samples of his work, Soo received an order for a weekly supply of model aeroplanes. Soo hired several new employees to help with the increased workload. This made his shop one of the very first in England to produce model planes. The work continued until the outbreak of World War 1 in 1914.

Soo continued to tinker with the models even after 1914. According to Donald Stevenson, Soo's favorite place was in his workshop.  Below is an image of a model plane that William Robinson/Chung Ling Soo built.

Thanks to Martin Griffiths, for making me aware of this and for mailing the magazine to me! 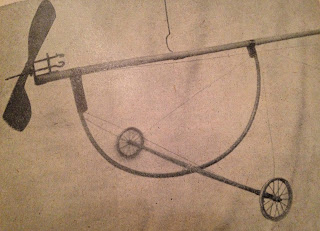